The San Francisco Ethics Commission was created by the City’s voters with the passage of Proposition K in November 1993. Our mission is to practice and promote the highest standards of integrity in government. We achieve that by shaping and promoting compliance with the laws and by delivering impactful programs that promote fair, transparent, and accountable governmental decision making for the benefit of all San Franciscans.

When corrupt practices and corrupting influences are revealed as they have been in the wake of the recent major federal corruption investigation, public trust is tested. Indictments of high-level City officials and City contractors, resignations of department heads, and the convictions of multiple contractors weakens public confidence in the ability of government to address pressing issues fairly and objectively.

Through its mandate directly from San Francisco voters, the Ethics Commission has a unique and essential role in rebuilding that trust. Our aim is to ensure that all those who work, live, and play in San Francisco can have confidence that the operations of the City and County and the decisions made by its officials and employees are fair, just, and made without any regard to private or personal gain.

Through its 33-member staff, the Ethics Commission is responsible for the independent and impartial administration and enforcement of laws related to campaign finance, public financing of candidates, governmental ethics, conflicts of interest, and registration and reporting by lobbyists, campaign consultants, permit consultants, and major developers. The Commission has an FY22 operating budget of roughly $6.55 million and also administers a $7 million Election Campaign Fund that provides partial public financing for qualified candidates for City elective office.

The Ethics Commission is committed to recruiting, hiring, and retaining a diverse, collaborative, and high performing staff of individuals whose individual experiences, knowledge, and talents collectively drive achievement of the Commission’s unique mission in San Francisco city government. We honor and value diversity, inclusion, and engagement, and are committed to promoting racial equity and to creating and sustaining a work environment that reflects and engages the diversity of our communities. Applicants who contribute to this diversity are strongly encouraged to apply. The Commission provides equal employment opportunities (EEO) to all employees and applicants for employment without regard to race, color, religion, sex, gender, gender identity or expression, national origin, age, disability, genetics, or any other protected category.

About The Enforcement Team

Under the direction of the Director of Enforcement, the Division’s newly expanded team of seven investigators is responsible for investigating alleged violations of the law to ensure allegations are fully and objectively evaluated and that those who violate the law are held accountable for their actions, which can include imposition of monetary penalties levied by the five-member Ethics Commission as provided for under the law. This division also handles responses to public records requests made under the CA Public Records Act and the San Francisco Sunshine Ordinance to uphold the Commission’s commitment to transparency in government by ensuring timely and full compliance with key open government laws.

In an era that has challenged the public’s faith in government, the oversight and accountability work of the Enforcement Division plays a vital role in the Ethics Commission’s core mission to ensure public service that builds public trust.

The Director of Enforcement provides strategic, operational, and staff leadership on all matters related to the enforcement of laws within the Commission’s jurisdiction. Collaborating closely with the Executive Director and other division heads in alignment with agency priorities, the Director of Enforcement provides a senior level of legal and subject matter expertise and management experience to strengthen program impact, deliver effective service, and ensure organizational efficiencies that are vital to enabling the Commission to effectively achieve its broad voter mandates.

The position has primary responsibility for the effective enforcement of laws across each of the Commission’s core programmatic areas of campaign finance, governmental ethics, lobbying, open government, and whistleblower protection. It provides direct staff supervision and program oversight for the Commission’s enforcement and enforcement-related legal affairs work. It directs and supervises staff and provides program oversight for the Commission’s administrative enforcement work, including allocation of enforcement resources and management of the Division’s daily operations. Over the last several years, the Division has implemented significant improvements to its core program and business processes to strengthen its operations and functions, and the Division recently added three new Investigator positions to be filled this year to deepen the reach and impact of its work. The Director of Enforcement will build on those achievements, including through recruitment and onboarding of the new Investigators, development of an expanded staff team, and the refinement of performance progress monitoring and reporting.

Under the general supervision of the Executive Director, the Director of Enforcement has the following broad duties and responsibilities:

The following qualifications are guidelines for the classification, as the appointing authority has broad discretion in filling the position.

Substitution: Additional experience as described above may be substituted for the required degree on a year-for-year basis up to a maximum of two (2) years. One (1) year is equivalent to thirty (30) semester units/forty-five (45) quarter units.

The successful candidate will be a highly organized, analytical, self-motivated, and collaborative professional who has a track record exhibiting the highest standards of ethical conduct and professionalism; achievement of organizational goals and priorities; and accountability for fiscal and program oversight. In addition, the successful candidate will demonstrate the following knowledge, skills, and abilities:

The successful candidate will be committed to open and accountable government, have an interest in politics, but be willing to forego all personal involvement in political campaigns. In addition, to support objectivity in the Commission’s enforcement work, this position is among those designated in the Ethics Commission’s Conflict of Interest Code as a position required to file public Statement of Economic Interests (Form 700) to ensure that any possible conflicts of interests between personal financial interests and governmental duties can be detected and avoided.

To apply for this position, please submit the following documents using the “I’m Interested” link at the top right or the bottom of this page:

Applications that do not contain the requested information will not be considered.

Complete applications will be reviewed as they are received and applicants selected to advance to the interview process will be contacted by phone or email.

** Please note that due to ongoing COVID-19 public health restrictions all candidate interviews will take place online using remote technology. In addition, the successful candidate should expect to perform their duties working both remotely and onsite consistent with applicable policies. In addition, any City employee may be called in for Disaster Service Work duty or to work on site subject to the City’s and Department’s established Health and Safety protocols. In such instances, employees may be required be on site with 24-hours’ notice.

All your information will be kept confidential according to EEO guidelines. 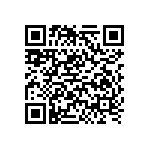 Scan the QR code with a mobile device camera to access the latest version of this document online:
https://sfethics.org/commission/jobs-and-internships/director-of-enforcement