A behested payment is one made (for example, to a non-profit) because of a request by a public official or employee to someone to make that payment. A “payment” can be cash, goods, or services.

Because these requests can raise ethical flags about fairness in governmental decision making, the practice is regulated by both state and San Francisco laws.

What kind of ethical problems can Behested Payments raise?

The answer to this question depends on the context of the request.

Let’s look at an example:

A City officer encourages a business associate to donate to the City officer’s favorite non-profit.

Assume this City officer has significant decision-making power for granting City contracts. And they are requesting a donation from someone who is a contractor looking to do work with the officer’s department.

Is there an ethical flag in this scenario? Yes! When a government official asks for something of value from someone who has an interest in a decision that official could make or influence, real or perceived conflicts of interest can arise. It can appear that the officer may be basing their decision about the prospective contractors depending on whether or not that contractor makes a donation to the official’s favorite non-profit.

An ethical flag also can arise when behested payments made to third parties at the direction of a public official are seen or used by the person making the payment as a tool to improperly influence the government or to secure personal gain.

Do behested payment rules apply to me?

If you are an elected official, member of a City board or commission, department head, or a designated employee who files a Statement of Economic Interests (commonly known as a “Form 700”), the City’s behested payments rules apply to you.

These City officers and designated employees are prohibited from asking “interested parties” to make contributions, with some limited exceptions.

Does this mean I can no longer donate to my favorite charities?

You can donate! Behested payment rules don’t restrict anyone’s choice to make a personal charitable donation from your personal funds.

City Officers and designated employees are prohibited from soliciting behested payments from interested parties. The law identifies four general categories for defining when someone is considered an “interested party” to you:

A participant in an administrative enforcement, license, or permit proceeding before an officer within your board, commission, or department, or that the officer or employee was personally and substantially involved in. However, if the license or permit is issued on a ministerial basis (with little to no discretion), it is exempted from the prohibition.

To better understand how this category applies, let’s review an example.

An organization contracting (or seeking to contract) with your board, commission, or department. This includes affiliates of the organization as well as anyone trying to influence the approval, denial or extension, or amendment of a contract.

Assume Lily is an elected official in San Francisco. Lily knows that a food bank operating in her district is in dire need of in-kind donations to make holiday meals for families in need. ABC Poultry, Inc. is a client of a registered lobbyist who has been lobbying Lily.

Any permit consultant registered with the Ethics Commission who has reported contacts with your department in the last 12 months.

There are some exceptions to these rules to help City agencies and their programs collaborate with nonprofits and receive donations.

The Board of Supervisors may grant waivers to these rules under certain circumstances through a public decision-making process.

Have questions? Want to know more?
The Ethics Commission’s staff is here to help! 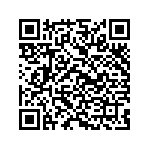