(Appointed by the District Attorney)

Paul A. Renne is a Retired Partner of the law firm of Cooley, Llp. in the San Francisco office.  He first joined the firm in 1964.

Mr. Renne’s practice is primarily related to litigating complex business disputes, with special emphasis on securities litigation, accountants’ malpractice, trade secrets and intellectual property matters. He has tried in excess of 100 jury trials, including two lengthy jury trials, one of four months and the other of five months, in which he successfully defended clients against allegations of securities fraud.

His legal career began as a law clerk to Judge Edwin D. Steel Jr., U.S. District Court of Delaware, from 1959 to 1960. He was an associate at Haight, Gardner, Poor & Havens in New York from 1960 to 1961. In 1961, he joined the Kennedy Administration as an attorney in the Civil Rights Division, Department of Justice, and in 1962, he was appointed an assistant U.S. attorney for the District of Columbia, and remained in that position until joining the Firm.

Mr. Renne received a law degree from Harvard University in 1959. He attended the University of Minnesota from 1948 to 1951 and received an A.B. from that school in 1956 after serving five years as a jet pilot in the U.S. Air Force.

Mr. Renne is a fellow of the American College of Trial Lawyers, serving as State Chair for Northern California. He is a member of the American, California and San Francisco bar associations and a Fellow of the American Bar Foundation and presently is a member of the Executive Committee of the Litigation Section, California State Bar. He is listed in The Best Lawyers of America. He is the author of a number of articles, including one in Volume 29, Vanderbilt Law Review, “Eliminating Redlining by Judicial Action: Are Erasers Available,” and a chapter on “Final Argument” in the Practising Law Institute publication, Civil Trial Practice. For a number of years, he was adjunct professor of law at Golden Gate University, where he taught a trial practice course and has lectured on trial practice to numerous legal groups, including California’s Continuing Education of the Bar.

Mr. Renne is a member of the American Arbitration Association Committee Panel, completing both the Arbitration I and II courses given by AAA. He has served as a mediator in numerous cases for both the Bar Association of San Francisco and the U.S. District Court and as a Judge Pro Tem in the San Francisco Superior Court.

(Appointed by the Board of Supervisors)

Brett Andrews currently serves as the Executive Director of Positive Resource Center (PRC), a non-profit organization that provides culturally appropriate professional benefits counseling and employment services to people disabled by mental health conditions and/or HIV/AIDS.  The Benefits Counseling Program is staffed by attorneys and legal support staff who are experts in Social Security law and represent clients throughout the complicated administrative process of accessing disability benefits. The Employment Services Program offers a full spectrum of vocational rehabilitation and employment placement services to support clients in entering or re-entering the workforce.

Prior to joining PRC, Mr. Andrews served as the Executive Director of Los Angeles Team Mentoring, Inc. (LATM), a youth serving non-profit organization that operates the TeamWorks Program. Under his leadership the TeamWorks program was evaluated by Public/Private Ventures, a national evaluator and named a “best practices” group mentoring program by the US Department of Education.  Previous to his work with LATM, Mr. Andrews served as the Executive Director of Kids n’ U, Inc., a New York City-based non-profit youth serving organization sponsored by Michael Kors.  Kids N’ U, Inc. administered two premier programs, Kids Cook Too, a culinary program for high school students and S-Team, a self esteem program for homeless youth.

(Appointed by the Mayor)

Beverly Hayon is a retired media and communications professional.

She was Director of National Media Relations for Kaiser Permanente, Director of Public Information for San Francisco Department of Public Health,  and was a producer, writer, and on-air program host at KGO-TV and KRON-TV.

Active in local community affairs, Hayon has served on the Library Commission, and is a past Chair of the San Francisco Commission on the Status of Women.  She has served on the boards of the CORO Foundation, the San Francisco Friends of the Library, Bay Area Big Sisters, and Mayor Dianne Feinstein’s Gun Control Task Force.  She currently serves on the Metta Fund board.

Hayon is a graduate of San Francisco State University, has been a CORO Fellow and MALDEF Leadership Fellow, in addition to completing the Stanford University Executive Business Program.

(Appointed by the Assessor-Recorder)

Benedict Y. Hur was appointed to the Commission on March 2, 2010 by Assessor Phil Ting. Ben is a partner at Keker & Van Nest LLP in San Francisco. He has focused his practice on complex commercial litigation and white collar criminal and securities defense. Ben also has experience in legal malpractice defense and intellectual property litigation.

Ben received a B.A. and M.A. degree from Stanford University and was elected to membership in Phi Beta Kappa. After serving as a Coro Fellow in Public Affairs in San Francisco, Ben attended Harvard Law School. He worked for another prominent law firm before serving as a law clerk to the Hon. Saundra Brown Armstrong of the United States District Court for the Northern District of California.

Ben lives in San Francisco with his wife Linnea and their two children. He serves on the California State Bar’s Committee on the Administration of Justice.

(Appointed by the City Attorney) 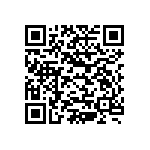