Effective July 26, 2014, City law impose reporting requirements on developers of certain City real estate projects with an estimated construction cost of more than $1,000,000.  Developers must file five forms with the Ethics Commission over the course of about a year disclosing donations to nonprofit organizations that have contacted City officials about their project.  The first form is due within 30 days of certification of an Environmental Impact Report (“EIR”) by a local agency or, if the project relies on a program EIR, within 30 days of the adoption of a final environmental determination under the California Environmental Quality Act.  Disclosure is not required for a residential development project with four or fewer dwelling units.

Who is Required to File

A disclosure report must be completed and filed by the developer of any “major project.” A major project is a real estate development project located in the City and County of San Francisco with estimated construction costs exceeding $1,000,000 where either:

A major project does not include a residential development project with four or fewer dwelling units.

What Reports Must be Filed and When

A developer may file the report with the Ethics Commission by uploading a PDF copy of the signed report. A developer filing in this manner should retain the original signed copies for at least five years. The Ethics Commission will also accept paper copies of the report delivered in person or via U.S. mail. Copies submitted via U.S. mail must be postmarked by the applicable due date.

Describing the Type of Report and Period Covered

Check the boxes on the report to indicate the type of report that is being filed and that applicable period covered.  Note that the first report will always cover the period from one year prior to the filing of the EEA to the present.  The reporting period for subsequent reports will depend on the quarter covered.

Describing the Developer and the Major Project (Parts I & II)

What Nonprofit Donations Must be Reported (Part III)

You must also enter the amounts and dates of the donations.  Please note that you must also check where indicated in Part III if any donations were disclosed on any prior report you filed with respect to the same major project.

What “Affiliates” of the Developer Must be Reported (Part IV)

You must enter the  name, business address, business e-mail address and business telephone number of any affiliate making donations reported in Section III.  An “affiliate” is any individual or entity that directly or indirectly controls, is controlled by or is under common control with, the developer.  In this regard, the term “control” means the power to direct the affairs or management of another entity, whether by contract, operation of law or otherwise.

1 A final environmental determination includes: the issuance of a Community Plan Exemption (CPE); certification of a CPE/EIR; adoption of a CPE/Final Mitigated Negative Declaration; or a project approval by the Planning Commission that adopts CEQA Findings.  In instances where more than one of the preceding determinations occur, the filing requirement shall be triggered by the earliest such determination. 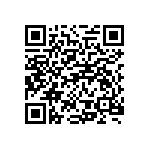 Scan the QR code with a mobile device camera to access the latest version of this document online:
https://sfethics.org/ethics/2014/07/major-developers-forms.html