As festivities get underway around town in connection with the 2016 NFL championship game, the Ethics Commission would like to take this opportunity to provide City officers and employees with some general reminders about state and City gift restrictions.

In general terms, a “gift” is defined as any payment or benefit that a public official receives or accepts for which the official does not provide goods or services of equal or greater value. A gift includes a discount or rebate unless the discount or rebate is made available to all members of the general public. Under the law, items defined as “gifts” can be limited and subject to public disclosure requirements depending on their value, source, the recipient, and the circumstances in which they are offered or given.

In general, City officials and employees are prohibited from receiving a gift or gifts totaling more than $460 per source in a calendar year.

The Ethics Commission’s website contains a brief summary of key gift rules, which also appears on the reverse page of this reminder.

Under the law, there are a variety of items that are not considered gifts. These include, for example, certain informational material, personalized plaques and trophies worth less than $250, and gifts from family members (including an official’s spouse or former spouse, registered domestic partner, child or step-child, parent, grandparent, grandchild, brother, sister, current or former parent-in-law, brother- or sister-in law, and aunt, uncle, niece, nephew, among others). The application of state and city gift laws is very fact-specific, we welcome and encourage you to contact the Ethics Commission or the City Attorney’s Office for guidance any time you have a question about the rules in general, or how they may apply to you in specific circumstances.

These are general gift rules that apply to City officers and employees.  There are a number of complicated exceptions; thus, officers and employees should ask the Ethics Commission for advice about specific circumstances.  Officers and employees may be subject to stricter rules adopted by their departments.  In cases where there is a discrepancy between this summary and the law, the law governs.  Special rules apply to gifts given directly to the City rather than to individual employees or officers.  This fact sheet does not discuss those special rules.

Please feel free to contact the Ethics Commission for further information and guidance. We’re reachable by phone at 415.252.3100 and by email at ethics.commission@sfgov.org.

We also invite you to consult the following additional resources for further detailed information about state and local gift rules: 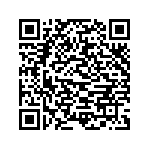