What is the Ethics Commission?

The Ethics Commission was established by San Francisco voters with passage of Proposition K on the November 1993 ballot. The Commission is composed of five members, one each appointed by the Mayor, the Board of Supervisors, the Assessor-Recorder, the City Attorney and the District Attorney. Commission members are appointed to serve one six-year term of office.

As part of its duty to promote governmental accountability, the Ethics Commission provides information and guidance to city officers and employees, the public, and others to help them understand and comply with their responsibilities under the law.  As part of its duties the Commission conducts briefing sessions on the law and provides written informal and formal advice that applies the City’s ethics, campaign finance, and lobbying laws and disclosure requirements to circumstances faced in practice.

The Commission also acts as filing officer for a wide range of public disclosure statements filed by designated local officials, candidates seeking local office, and lobbyists who seek to influence governmental decisions in the city and County of San Francisco. In addition, the Commission conducts audits of campaign and lobbying statements and provides open access to information reported on these filings.

Based on its duties under the City Charter, the Ethics Commission also has authority to confidentially and independently investigate matters alleging violations of the laws within its jurisdiction, and to assess penalties for failure to abide by requirements of those laws when the facts warrant it.

To help ensure the Ethics Commission impartially implements and enforces the laws in its jurisdiction, the voters placed broad restrictions on the political activities of Ethics Commissioners and staff. During their tenure, Commission members and staff may not participate in any campaign supporting or opposing a candidate for City elective office, a City ballot measure, or a City officer running for any elective office. In addition, Commissioners and staff are prohibited from holding any other city or county office and from being an officer of a political party; and from being, or being employed by, or receiving gifts or compensation from a registered lobbyist or campaign consultant.

The Commission meets regularly on the third Friday of each month at 2:00 p.m. in Room 416 at City Hall, 1 Dr. Carlton B. Goodlett Place.

Members of the Ethics Commission

The Commission is composed of five members, one each appointed by the Mayor, the Board of Supervisors, the Assessor-Recorder, the City Attorney and the District Attorney.

Mission of the Ethics Commission

As stated in the Article II of the Ethics Commission By-Laws, the Mission of the Commission is to practice and promote the highest standards of ethical behavior in government. In order to accomplish this mission, the Commission:

In 1996, the Ethics Commission established a Code of Ethics in Article XI of its By-Laws. Through this Code, the Commission commits itself to setting the highest standards of conduct, including the appearance of propriety in the operation of government, and to assure public confidence in governing institutions, by:

Ethics Commission’s Statement of Incompatible Activities is intended to guide officers and employees about the kinds of activities that are incompatible with their public duties and therefore prohibited. 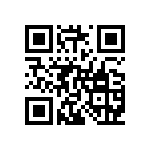