Payments Made at the Behest of a City Officer

A behested payment is a payment made at the request of a government official to a third party. Behested payments are made principally for legislative, governmental, or charitable purposes, rather than for personal or campaign purposes.

State law requires elected officials in California to disclose behested payments on FPPC Form 803 after the total payments made by a single source equal to or exceed $5,000 in a calendar year.

More information can be viewed at the following links: 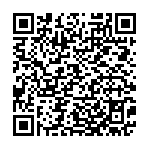 Scan the QR code with a mobile device camera to access the latest version of this document online:
https://sfethics.org/disclosures/city-officer-disclosure/payments-made-at-the-behest-of-an-elected-officer