Beginning with the development of the Ethics Commission’s Fiscal Year 2017 budget, the Commission has strategically focused its annual operating budget on leveraging all available resources to strengthen and improve its operations and broaden the impact of its programs to promote the highest standards of integrity in government.

Each February, City departments are required to submit an annual budget proposal to the Mayor’s Office for the coming fiscal year that runs from the following July 1 through June 30 of the next calendar year. Following action by the Mayor to propose a budget for the City and subsequent action by the Board of Supervisors to adopt a City budget, the City’s new fiscal year begins on July 1.

Departmental budget submissions for the Fiscal Year that begins July 1, 2022 were due to the Mayor’s Office on February 22, 2022.

On December 14, the Mayor’s Budget Office issued FY2023 budget instructions to departments. Those instructions stated that departments will not be asked to meet any budget reduction targets this year owing to the City’s $100+ million budget surplus. Departments are asked to continue providing services within existing budget levels.

As part of a City Ordinance that took effect in 2020, departments are required to hold a public hearing concerning departmental budget priorities at which members of the public may provide input. The Ethics Commission held this hearing at a Special Meeting on January 21. A second public hearing must be held no later than February 14 concerning the department’s budget proposal to allow public input prior to submission of the department’s proposed budget. This hearing was held on February 11 at Commission’s Regular monthly Commission meeting.

Detailed background on the Ethics Commission’s FY23 budget is available by visiting the following links:

On July 29, the Mayor signed into law a $13.1 billion City budget for Fiscal Year 2022. This includes a total operating budget for the Ethics Commission in FY22 of $6.55 million that funds the full set of programmatic and staffing requests proposed by the Commission in its FY22 Budget request.

The FY22 budget includes new resources to enable the Commission to hire critically needed staff to:

Departmental budget submissions for the Fiscal Year that begins July 1, 2021, were due to the Mayor’s Office on February 22, 2021. The proposed operating budget submitted by the Ethics Commission for FY22 can be viewed here or by accessing the link below under FY22 budget documents.

As part of a City Ordinance that took effect in 2020, departments are required to hold a public meeting concerning departmental budget priorities at which members of the public may provide input prior to the department finalizing a proposed budget. The meeting must be held at least 15 days prior to the commission’s final approval of the agency’s proposed budget. The Commission held this public hearing at a Special Meeting of the Commission on January 21, 2021.

A second public hearing must be held no later than February 14 each year concerning the department’s proposed budget to allow for public input prior to the agency’s submission of their proposed budget. At that meeting, information provided must include information about the agency’s divisions; budget totals and major changes including new or reduced initiatives and staffing changes; changes in service levels; projected salary savings; and how the agency is meeting budget instruction targets. The Ethics Commission held a public hearing concerning its proposed FY22 budget at its Regular Meeting on February 12, 2021.  At that meeting, the Commission voted to authorize submission of the proposed budget and to express its opposition to the targeted potential cuts contained in the Mayor’s FY22 budget instructions.

Detailed background on the Ethics Commission’s FY22 budget is available by visiting the following links:

In 2020, the emergence of the COVID-19 virus introduced significant uncertainty into the City’s processes for budgetary decision making. On February 25, 2020, a Proclamation Declaring the Existence of a Local Emergency was issued by the Mayor and the Board of Supervisors concurred in that Emergency Declaration on March 3. The first Shelter in Place Public Health Order was issued by the County Health Officer on March 16, 2020.

Due to the City’s ongoing response to COVID-19 and continuing healthcare and financial impacts in the City, in late March 2020 the Mayor announced a revised budget season and issued new budget instructions to all City departments requiring revised budgets for Fiscal Year 2021 to be submitted by June 12. On July 31, the Mayor released a proposed Citywide budget for FY2020-21 and FY2021-22. The Board of Supervisors began its consideration of the Mayor’s proposed budget on August 12, 2020 with departmental hearings before the Budget and Appropriations Committee. The full Board of Supervisors took up the proposed budget on September 14, 2020, and scheduled a first reading of the budget on September 22, with final passage expected on September 29 in order for a final budget to be adopted by October 1, 2020. 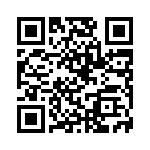 Scan the QR code with a mobile device camera to access the latest version of this document online:
https://sfethics.org/commission/budget