About the Contribution Ban for Contractors Doing Business with the City

Each City elective officer who approves a contract that has a value of $100,000 or more in a fiscal year must file SFEC Form 126f4 with the Ethics Commission within five business days of approval. This filing requirement applies if the contract is approved by:

Pursuant to San Francisco Campaign and Governmental Conduct Code section 1.126, for a period of twelve months after the contract is approved neither the City elective officer nor any political committee that he or she controls may solicit or accept a campaign contribution from the following persons or entities: the party whose contract was approved; the party’s board of directors; the party’s principle officers, including its chairperson, chief executive officer, chief financial officer, chief operating officer, or any similar position; any person with an ownership interest of more than 10 percent in the party; or any subcontractor listed in the bid or contract. None of these persons may make a campaign contribution to the City elective officer, a candidate for the office held by such officer, or a political committee controlled by such officer or candidate.

Scroll the table horizontally to reveal additional columns of information. To download a PDF copy of current contract filings, see the “Filings” column in the table.

Notifications of Submission of Proposal 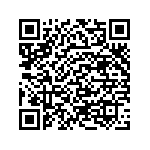