City and state laws impose certain rules that may apply to candidates for county central committee. Officeholders with campaign committees also are subject to these rules.

Candidates who do not raise or spend $2,000 or more, including personal funds, do not have any reporting requirements with the San Francisco Ethics Commission.

To get started, candidates must complete the following steps:

File a Statement of Organization

If a candidate raises $2,000 or more, he or she must file a Statement of Organization (FPPC Form 410) with the Secretary of State (SOS) and the Ethics Commission within 10 days of receiving contributions totaling $2,000 or more. This statement may be filed before a candidate receives $2,000 if the candidate contemplates receiving $2,000 or more. After the Form 410 is filed, the SOS will issue an identification number (FPPC ID#) that the candidate must use on all subsequent filings. Candidate-controlled committees must include the following information in the committee’s name: the last name of the controlling candidate, the office sought and the year of the election.

If a candidate raises or spends $2,000 or more, he or she must file the Candidate Intention Statement (FPPC Form 501) with the Ethics Commission on or before reaching the qualifying threshold.

Candidates that file the FPPC Form 410 and establish a committee must file campaign statements electronically. Review the registration requirements to sign up for electronic filing.

Fundraising and distributing campaign communications are two fundamental parts of any campaign. State and local law impose a number of requirements and restrictions with respect to these aspects of a campaign.

Candidates must also be sure to collect the following information from any contributor prior to accepting a contribution of $100 or more: full name, street address, and occupation and employer. Cash contributions of $100 or more are prohibited.

In addition, department heads or members of appointed boards and commissions are prohibited from soliciting contributions in excess of $250 from persons who are parties to, or participants in, proceedings pending before them, and from making decisions affecting a source of campaign contributions or more than $250. City officials must consult their department’s Statement of Incompatible Activities and the Good Government Guide to ensure compliance.

The Ethics Commission has produced guidelines for due diligence efforts in connection with prohibited contributions as well as a sample contributor card template for use in collecting contributor information and complying with contribution restrictions.

Use of campaign funds

Under state law, County Central candidate campaigns must include certain disclaimers on their communications with potential voters, including mailers, billboards, phone calls, and TV and radio ads. A disclaimer is the portion of a political message that identifies the person who paid for or authorized the communication.

The Fair Political Practices Commission has produced a chart outlining the candidate disclaimer rules for various types of political advertising.

State law imposes a number of reporting and recordkeeping rules on County Central candidates, which require the regular disclosure of a campaigns receipts and expenditures.

A campaign must file semi-annual campaign reports as well as two “pre-election” reports in the months before the election. These reports are filed electronically using FPPC Form 460. Candidate campaigns receiving contributions of $1,000 or more during the 90 day late reporting period must also file a FPPC Form 497 electronically with 24 hours. The late reporting period covers 90 days prior to an election and the election day. Most campaigns will file these forms electronically with the Ethics Commission pursuant to a filing schedule established by state law. The Ethics Commission may require these statements to be electronically filed.

County Central Committee candidates who do not raise $2,000 or more, and who do not spend $2,000 of their own money, are not required to file any campaign statement.

County Central Committee candidates are required to maintain records that substantiate their campaign reporting. These records will be reviewed in any audit of the campaign. The Commission has published a guide to a records that must be collected and retained for four years and guidelines for organizing those records.

County Central candidates that fail to file campaign reports may be subject to civil, criminal and administrative penalties. Late-filed reports also trigger late filing fees of $10 per day for paper filings or $25 per day for electronic filings. In certain instances, these late filing fees may be waived. The Ethics Commission has adopted a policy on late filing fees and waivers. A candidate or campaign may pay late fees on-line with a debit/credit card or e-check.

When the election is over, it is important to remember that your responsibilities as a candidate have not ended. After the election, your future reporting requirements depend on whether you won or lost. In general, you need to continue to file campaign reports until you terminate your committee and/or you have left elective office. Your campaign may also be subject to audit by either the Ethics Commission or the Franchise Tax Board.

After an election, your campaign funds become surplus funds (see below to determine when funds become surplus). Surplus funds may be used only for the following purposes: payments for outstanding campaign debts or officeholder expenses; refunds to contributors; donations to a charitable organization; contributions to a political party committee; contribution to support or oppose any candidate for federal office, any candidate for elective office in a state other than California, or any ballot measure; payments for professional services or attorney fees; and payment for an electronic security system (See FPPC Manual 2 for details).

Campaign funds become surplus on the 90th day after the officeholder leaves office.

Campaign funds become surplus on the 90th day after the closing date of the post-election reporting period following the candidate’s defeat.

A candidate’s campaign may be subject to audit by the Ethics Commission or the Franchise Tax Board. Audits are conducted to determine whether candidates have complied with applicable requirements and prohibitions imposed by state and local law. The Ethics Commission randomly selects candidates and committees for audit but local law requires that all candidates receiving public financing must be audited.

You may terminate your committee after:

To terminate, you must do the following: 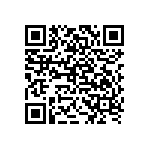 Scan the QR code with a mobile device camera to access the latest version of this document online:
https://sfethics.org/compliance/campaigns/candidates/county-central-committee