For the purpose of this filing, “bundle” shall mean delivering or transmitting contributions, other than one’s own or one’s spouse’s, except for campaign administrative activities and any actions by the candidate that a candidate committee is supporting performed by paid or volunteer staff, a campaign consultant whose payment is disclosed on the committee’s campaign statements, or such campaign consultant’s paid employees. 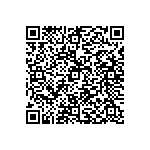 Scan the QR code with a mobile device camera to access the latest version of this document online:
https://sfethics.org/compliance/campaigns/candidates/reporting-and-recordkeeping-for-candidates/file-sfec-form-125-bundled-contributions-disclosure-report