A full explanation on applicable limits for candidate contributions can be found in the Commission’s guide for contributors.

Use of Campaign Funds

The general rule is that the expenditure of campaign funds must be reasonably related to a political, legislative, or governmental purpose. A controlled committee may not use campaign funds to support or oppose a candidate, including the controlling candidate.

The campaign funds of a committee primarily formed to support or oppose a measure in San Francisco become surplus at the end of the post-election reporting period following the election at which the measure appeared on the ballot. Surplus funds can be used only for the following purposes:

Prohibition on Contributions from Contractors Doing Business with the City

A person who contracts with the City and County of San Francisco, a state agency on whose board an appointee of a City elective officer serves, the San Francisco Unified School District, or the San Francisco Community College District may not make a contribution to:

The restriction applies when:

The restriction begins at submission of proposal for a qualifying contract, and ends when either the parties terminate contract negotiations or twelve months have elapsed from the date the contract is approved.*  During this period, a contribution may not be made from the following persons:

*For unsuccessful bidders, the restriction ends at the time the contract is awarded.

Restrictions on Contributions to Department Heads and Appointed Officials

California Government Code section 84308 prohibits department heads and members of appointed boards and commissions from soliciting contributions in excess of $250 from persons who are parties to, or participants in, proceedings pending before them, and from making decisions affecting a source of campaign contributions of more than $250.

Section 84308 applies to department heads and appointed boards and commissions. Although the section does not apply to elected bodies such as the Board of Supervisors, when members of an elected body are sitting as members of an appointed body, they are subject to section 84308. But if the entire body is made up of elected officials, as for example, where the Board of Supervisors is designated to sit as the Transportation Authority, section 84308 does not apply. 2 C.C.R. § 18438.1.

The prohibition under Section 84308 applies: 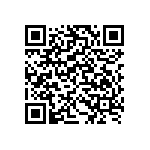 Scan the QR code with a mobile device camera to access the latest version of this document online:
https://sfethics.org/compliance/campaigns/committees/committee-restrictions