Persons wishing to make contributions to City candidates must be sure to comply with applicable contribution limits and prohibitions.  Most notably, City candidates may not accept contributions from corporations, including limited liability companies and limited liability partnerships; foreign nationals (without a green card), certain contractors (or their principal officers and directors) who are negotiating or recently negotiated a City contract, or with any person or affiliated entity with a financial interest in a property or project subject to a land use matter pending before certain boards and commissions.  See SF C&GC Code §§ 1.114(b), 1.126(b), 1.127(b), and 11 CFR 110.20.

A full explanation on applicable limits for candidate contributions can be found in the Commission’s guide for contributors.

An information guide for local candidate committees to help ensure compliance with C&GC Code sections 1.114, 1.126 and 1.127 can be found in the Commission’s guide to due diligence efforts.

(Please note: Contributions to Country Central Committee candidates are not subject to the contribution restrictions contained herein. Additionally, non-candidate committees, including ballot measure committees are generally not subject to limits unless the committee is controlled by a candidate for City elective office.  Moreover, there is no limit on independent election-related spending (i.e., not coordinated with a candidate.))

Prohibition on Contributions from Corporations

Prohibition on Contributions from Contractors Doing Business with the City

Pursuant to C&GC Code section 1.126(b), a person who contracts with the City and County of San Francisco, a state agency on whose board an appointee of a City elective officer serves, the San Francisco Unified School District, or the San Francisco Community College District may not make a contribution to:

The prohibition applies when:

Prohibition on Contributions by Persons with Pending Land Use Matters

Pursuant to C&GC Code section 1.127(b), no person or affiliated entity with a financial interest in a property or project subject to a land use matter pending before the Board of Appeals, Board of Supervisors, Building Inspection Commission, Commission on Community Investment and Infrastructure, Historic Preservation Commission, Planning Commission, Port Commission, or Treasure Island Development Authority Board of Directors, from contributing any amount to a member of the Board of Supervisors, the Mayor, and the City Attorney, as well as, candidates for such offices, and committees controlled by such officers. Conversely, specified City elected officers and candidate committees may not accept or solicit contributions from individuals or affiliated entities with pending land use matters in accordance with section 1.127(b).

Restrictions on Contributions to Department Heads and Appointed Officials

California Government Code section 84308 prohibits department heads and members of appointed boards and commissions from soliciting contributions in excess of $250 from persons who are parties to, or participants in, proceedings pending before them, and from making decisions affecting a source of campaign contributions of more than $250.

Section 84308 applies to department heads and appointed boards and commissions. Although the section does not apply to elected bodies such as the Board of Supervisors, when members of an elected body are sitting as members of an appointed body, they are subject to section 84308. But if the entire body is made up of elected officials, as for example, where the Board of Supervisors is designated to sit as the Transportation Authority, section 84308 does not apply. 2 C.C.R. § 18438.1.

The prohibition under Section 84308 applies: 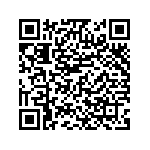 Scan the QR code with a mobile device camera to access the latest version of this document online:
https://sfethics.org/compliance/campaigns/contributors/contributor-third-party-restrictions