At the request of a current or former City employee or officer, the Ethics Commission may waive:

The Ethics Commission may adopted regulations implementing these waiver provisions. 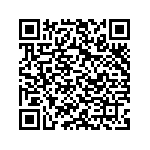 Scan the QR code with a mobile device camera to access the latest version of this document online:
https://sfethics.org/compliance/city-officers/post-employment-and-post-service-restrictions