About the Public Financing Program

In adopting Prop. O on the November 2000 ballot, San Francisco voters created a voluntary system of limited public financing for candidates to the Board of Supervisors. The program was extended in 2006 to include Mayoral candidates. The program is designed to strengthen the accountability of City candidates to the voters who elect them. Candidates who meet established criteria can qualify to receive limited amounts of public funds for their campaigns and can spend less time fundraising and more time discussing issues important to their constituents. By increasing the importance of relatively small, individual contributions in election campaigns, public financing systems help encourage new and diverse voices among candidates as well as those whom they are elected to represent. 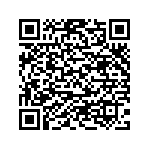