Under Section C3.699-12 of the San Francisco Charter, the Ethics Commission has specific authority to provide two kinds of advice: written formal opinions or informal advice. Written formal opinions are available to individuals who request advice about their responsibilities under local laws. Formal opinions provide the requester immunity from subsequent administrative, civil and criminal enforcement action if the material facts are as stated in the request for advice and both the City Attorney and District Attorney concur with the Ethics Commission’s opinion. Id. Informal advice does not provide similar protection. Id.

Because you seek advice regarding specific actions which you, or your clients, might take in the future, the Commission is treating your question as a request for a formal opinion.

Yes. The contribution limits set forth in Section 16.509 of the CFRO apply to candidates for the Board of Supervisors running in a "district" run-off election.

The CFRO limits the amount of money an individual or entity may contribute to a candidate for local elective office. For the general election, the contribution limit is $500. The contribution limit for "municipal" run-off elections is $250. S.F. Admin. Code Sections 16.508(b) and 16.509(b).

Until recently, candidates for the Board of Supervisors were selected in Citywide general elections. The candidates who received the highest number of votes in the general election were elected. There were no run-off elections. In 1996, the voters amended the City Charter to provide for district elections for candidates for the Board of Supervisors. (See Proposition G, adopted on November 5, 1996.) Beginning in November 2000, Supervisors will be elected by district, rather than Citywide. If no candidate receives a majority of the votes cast within a district in the general election, a district run-off election is required. Charter Section 13.102.

I hope that you find this letter responsive to your inquiry. If you have additional questions, please contact me at (415) 554-9510. 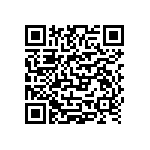 Scan the QR code with a mobile device camera to access the latest version of this document online:
https://sfethics.org/ethics/2000/03/advice-march-22-2000-letter.html