You requested the Ethics Commission's interpretation of the Compensated Advocacy Ordinance, San Francisco Campaign and Governmental Conduct Code § 3.300 ("Ordinance"), which bars City and County officers from representing any private interest for compensation before any City and County board or commission.

As an appointed member of the San Francisco Planning Commission, may you meet with the San Francisco Redevelopment Agency ("Agency") staff, director and commissioners on matters related to your private dealings as a licensed real estate broker?

Because you are a City officer and the Agency is an official body that operates exclusively for and in conjunction with the City and County of San Francisco, you are barred from communicating with the Agency staff, director and commissioners on matters related to your private dealings as a licensed real estate broker.

You provided the Ethics Commission with the following information:

You hold an active real estate license in the State of California, and you were recently appointed as a member of the San Francisco Planning Commission. Prior to your appointment, the private firm with which you are affiliated competed for and succeeded in obtaining the listing for the sale of the California College of Podiatric Medicine ("the property"). The property lies within the Western Addition, an active project area under the jurisdiction of the Agency.

You state that in order to complete your normal due diligence process for the sale of the property, you are required to meet with the Agency staff, director and commissioners. You asked whether to do so would violate local laws barring conflicts of interests.

A. The General Prohibition Against Compensated Advocacy by City Officers

The Ordinance itself does not define terms such as "officer of the City and County" and "City and County board or commission." However, under the Administrative Code, "officers of the City and County shall be the officers elected by vote of the people, members of the Board of Education, members and boards and commissions appointed by the Mayor," and others. S.F. Administrative Code § 1.50. Because members of the Planning Commission are appointed by the Mayor, they are subject to the provisions of § 3.300.

What constitutes a "City and County board or commission" is less clear. Each of the terms "board" and "commission" is defined in the Administrative Code as a "[p]ublic body created by Charter or ordinance of the Board of Supervisors with the ability to recommend the appointment of a chief executive for the function over which it exerts guidance." Id., § 3.2. The appearance of the words "City and County" preceding those terms in the Ordinance, however, raises an ambiguity as to whether the Ordinance applies to bar compensated advocacy by City officers before commissions and boards such as the Agency that are not created by the Charter or local ordinance but that operate exclusively for and in conjunction with the City and County of San Francisco. For the reasons set forth below, the Ethics Commission finds that the Ordinance so applies.

B. The Intent of the Ordinance Against Compensated Advocacy

In any case involving statutory interpretation, the fundamental task is to determine the legislative intent in effectuating the law's purpose. White v. Ultramar, Inc. (1999) 21 Cal.4th 563, 572. In determining such intent, courts look first to the words of the statute themselves, "giving to the language its usual, ordinary import and according significance, if possible to every word, phrase and sentence in pursuance of the legislative purpose. A construction making some words surplusage is to be avoided." Dyna-Med, Inc. v. Fair Employment and Housing Commission (1987) 43 Cal.3d 1379, 1386-1387. The literal meaning of a statute must be in accord with its purpose. See Delaney v. Superior Court (1990) 50 Cal.3d 785, 798. Courts must consider "the object to be achieved and the evil to be prevented by the legislation." Horwich v. Superior Court (1999) 21 Cal.4th 272, 276. Where the words of a voter initiative are at least arguably ambiguous, courts look to various canons of statutory construction, compare the provision to the construction given other similar statutes, and examine ballot materials as aids to ascertain the intent of the electorate. Hodges v. Superior Court (1999) 21 Cal.4th 109, 113-115.

The ballot materials of Proposition F, the initiative ordinance creating the ban on compensated advocacy, state that the Ordinance was proposed in part to prohibit City officers from representing clients before City boards and commissions for pay. June 3, 1986 San Francisco City and County Propositions, Ballot Simplification Committee Analysis of Prop. F, at p. 51. The initiative was designed "to eliminate undue influence by officeholders retained as paid lobbyists for projects requiring City approval." Id., Argument in Favor of Prop. F, at p. 52. "To reduce undue influence, Proposition F outlaws the practice of City Commissioners . . . representing special interests for pay before City Commissions and Boards. City Commissions should render their decisions deliberately and impartially, not be swayed by the political clout of the lobbyist appearing before them, or by any political favors those lobbyist/politicians might promise." Id., at p. 53.

No language in the ballot materials suggests that the initiative was intended to apply only to those City boards and commissions that are created by the Charter or local ordinance. Instead, the materials state that the initiative was intended to apply to "City government," and suggest strongly that the compensated advocacy ban applies to "City government," as that term is understood in its usual and ordinary sense. For instance, the ballot materials speak to an end to decision-making by "insiders," a ban against "conflicts of interests" by City commissioners acting as lobbyists before City agencies, an encouragement to citizens to "serve San Francisco honestly and responsibly," and a removal of "influence peddling from City Hall." Id., at pp. 52 – 54. Typical arguments include, "`I'll scratch your back if you scratch my back' bargains do not belong in government. And until such backroom bargains are made illegal, City government will not belong to the rest of us either." Id., at p. 53. They also include the following: "Restore integrity to City government. Restore confidence of the citizens of San Francisco in that government." Id. Even opponents of the measure equate "City agency" with "any official body of the City." Id., Argument Against Prop. F., at p. 54.

There simply is no indication that the voters intended to restrict the compensated advocacy ban to appearances before City agencies that operate pursuant to Charter or local ordinance. Rather, the intent seems to be a bar against compensated advocacy by City officers appearing before any body of government acting exclusively in the City where it is clear that undue influence will or may play a role in the decision-making. Accordingly, the Ethics Commission finds that the use of the term "City and County" before the term "board or commission" means that the voters intended that the Ordinance apply to appearances before any official body of the City, whether created by Charter, local ordinance, or otherwise.

C. Application of the Ordinance to Ban Compensated Advocacy Before the Agency

Nonetheless, the Agency exists solely to perform certain functions exclusively for and in conjunction with the City and County of San Francisco. The Agency operates primarily in redevelopment project areas designated by Board of Supervisors. It serves as the official advisory body for disbursement of San Francisco affordable housing funds, and it provides local funding for the development of affordable housing throughout the City. Its budget is subject to approval by the Mayor and Board of Supervisors. Its seven commissioners are appointed by the Mayor and approved by Board of Supervisors. The commissioners hold their weekly meetings at City Hall. When the Agency was established pursuant to state law by the Board of Supervisors in 1948, its functions were carried out by a number of City departments. The Agency contracts and/or collaborates with a number of City departments to carry out its mission, including the Mayor's Office of Economic Development, Community Development and Housing, the City Planning Department, the Port of San Francisco and the Department of Public Works. In developing plans for its active project areas, including the Western Addition, the Agency works in close coordination with City-wide planning efforts, which means it works closely with the City Planning Department to insure that all preliminary plans and final redevelopment plans are in conformity with the City's General Plan.

The purpose of the initiative establishing the ban on compensated advocacy was "to eliminate undue influence by officeholders retained as paid lobbyists for projects requiring City approval." Argument in Favor of Prop. F., at p. 52. Although the Redevelopment Agency was established pursuant to state law, it operates exclusively in the City and County of San Francisco in conjunction with City Planning and other City departments, and its redevelopment plans and other significant activities are subject to approval by the Mayor and Board of Supervisors. It works closely with various other City agencies, in particular the City Planning Department, to carry out its mission.

The Ethics Commission finds that the Ordinance was designed specifically to address the possibility of undue influence and/or conflicts of interests that arise from a City officer's representation of a private interest before any agency operating exclusively within the City and County of San Francisco. Accordingly, the Commission holds that the prohibitions of the Ordinance apply to bar you as a Planning Commissioner from communicating with the Agency staff, director and commissioners on matters related to your private dealings as a licensed real estate broker. 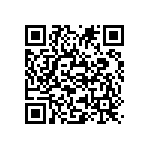 Scan the QR code with a mobile device camera to access the latest version of this document online:
https://sfethics.org/ethics/2001/05/advice-may-15-2001-letter.html