Re: Request for Opinion Concerning Contracting with the City

You requested the Ethics Commission's interpretation of the Prohibition on Contracts with the City Ordinance, San Francisco Campaign and Governmental Conduct Code

§ 3.200 ("Ordinance"), which bars members of appointed boards and commissions, other than advisory bodies, from contracting with the City and other agencies.

Because you are a member of an advisory board, and advisory boards are specifically exempt from the Ordinance, you are not barred from seeking a personal services contract with the City and the listed agencies. The requirement that members of the Board file an SEI does not change this finding.

You provided the Ethics Commission with the following information:

You also state that as a member of the Board, you are required to file an annual Statement of Economic Interest. As a designated filer, you are concerned that you would be deemed a public official with decision-making authority such that you would be subject to the contracting ban under the Ordinance. You asked the Ethics Commission to clarify how the apparent ambiguity between your being a member of an advisory board and your being required to file an SEI affects your ability to contract with the City under the Ordinance.

A. The General Prohibition Against Contracting with the City

The Prohibition on Contracts with the City Ordinance provides:

S.F. Campaign and Governmental Conduct ("S.F. C&GC") Code § 3.200(c).1 The term "Board or Commission" is defined as "an appointed Board or Commission created by Charter or ordinance of the City and County, at least one of the members of which is required to be appointed by the Mayor, but does not include advisory Boards or Commissions." Id.,

§ 3.200(b)(1) (emphasis added). The term "City and County" includes "any Commission, Board, Department, agency, committee, or other organizational unit, excluding advisory bodies, of the City and County of San Francisco." Id., § 3.200(b)(3). Violation of the Ordinance constitutes official misconduct. Id., § 3.200(f).

The Ordinance was adopted to ensure that contracts are, and appear to be, awarded on a fair and impartial basis. By prohibiting Board and Commission members from contracting with the City, "both actual and perceived favoritism or preferential treatment without creating unnecessary barriers to public service" will be eliminated. Id., § 3.200(a)(1) and (3).

B. The Landmark Preservation Advisory Board

The Political Reform Act (the "Act") requires public officials, whether elected or appointed, to "perform their duties in an impartial manner, free from bias caused by their own financial interests or the financial interests of persons who have supported them." Cal. Gov. Code

§ 81001(b). Under the Act, designated employees2 who make, participate in making, or influence governmental decisions that could affect their personal financial interests are required to file financial disclosure forms, also known as Statements of Economic Interests ("SEIs"). The purpose of financial disclosure is to alert public officials to personal interests that might be affected while they are performing their official duties. Disclosure also helps inform the public about potential conflicts of interest.

Pursuant to state law, the Board of Supervisors adopted and incorporated the provisions of Regulation 18730 of the California Fair Political Practices Commission (2 Cal. Code of Regs.

§ 18730), creating the Conflict of Interest Code ("Code") for agencies of the City and County of San Francisco. S.F. C& GC Code § 3.1-100 et seq.3 The Code identifies designated positions and disclosure categories. Under § 3.1-300, members of the Board are "designated employees" with Disclosure Category 1.4

C. Application of the Law

However, as you point out, you are required to file an annual SEI. You also state that "it is likely that the Planning Commission follows the Landmarks Board advice more often than not." Therefore, you are concerned that the Board may not be deemed an advisory body under the Ordinance. For the reasons that follow, the Ethics Commission finds that simply because members of the Board are required to file SEIs does not mean that the Board is no longer an advisory body for the purposes of the Ordinance.

Both the Ordinance and the requirement that you file an SEI seek to prevent conflicts of interest by public officials who make or influence governmental decisions. Nonetheless, the origin of each law and their focus are different. Filing an SEI alerts you and informs the public about your personal interests that might be affected when you make, participate in making, or influence a governmental decision. Thus, for example, when you advise on a particular piece of property, you must ensure that you do not have an economic interest that conflicts with your ability to provide that advice free from bias caused by your own financial interests or the financial interests of persons who have supported you.

The Ordinance, on the other hand, was adopted with a separate, but complementary, purpose in mind: to lessen the potential for, and the appearance of favoritism or preferential treatment by the City. See S.F. C&GC Code § 3.200(a)(2). The Ordinance accomplishes this by barring contracts between members of boards and commissions with the City and other agencies where the amount of the contract or subcontract exceeds $10,000.

The Conflict of Interest Code was adopted by the Board of Supervisors in January 1990; members of the Landmarks Preservation Advisory Board were designated as SEI filers later that same year. The Ordinance prohibiting members of boards and commissions from contracting with the City was not adopted until 1996. When it was adopted, it explicitly excluded advisory boards and commissions from its coverage. Generally, drafters of an ordinance are presumed to be aware of existing law. See Horwich v. Superior Court, (1999) 21 Cal.4th 272, 283. Had the Board of Supervisors intended that the Ordinance cover the Landmarks Preservation Advisory Board, it would not have explicitly excluded advisory boards and commissions from the Ordinance's coverage.

Finally, although you participate in making or influencing governmental decisions, it is not clear that the Board is vested with decision-making authority, as that term is defined under the Act. Under the Act, a board has decision-making authority if it "makes substantive recommendations that are, and over an extended period of time have been, regularly approved without significant amendment or modification by another public official or governmental agency." 2 Cal. Code of Regs. § 18701(a)(1)(C). You indicate that the Board's "substantive recommendations are subject to further approval, amendment or modification by the Planning Commission and in some cases the Board of Supervisors." You add that in the recent past, both the Planning Commission and the Board of Supervisors "have exercised these prerogatives on several occasions," but that "it is likely that the Planning Commission follows the Landmarks board advice more often than not." This does not indicate that the Board's decisions are "regularly approved without amendment or modification by another public official or governmental agency." Accordingly, there is no indication that the Board's role is more than advisory in nature.

For the reasons discussed above, the Commission finds that you are not prohibited from seeking a contract with the City under the Ordinance. Note, however, that this letter addresses only

§ 3.200 of the S.F. Campaign and Governmental Conduct Code. It does not address, for example, your ability to seek contracts with the Landmarks Preservation Advisory Board, which may be prohibited by San Francisco Charter § C8.105(a) and California Government Code

I hope you find this letter responsive to your inquiry. If you have additional questions on this matter, please contact me at (415) 581-2300.

2 A "designated employee" is "any officer, employee, member, or consultant of any agency whose position with the agency . . .[i]s designated in a Conflict of Interest Code because the position entails the making or participation in the making of decisions which may foreseeably have a material effect on any financial interest." Cal. Gov. Code

4 Persons in Disclosure Category 1 must "disclose income form any source, interests in real property, investments, and all business positions in which the designated employee is a director, officer, partner, trustee, employee, or holds any position of management." S.F. C&GC Code § 3.1-107. 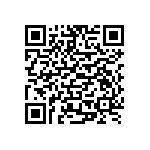 Scan the QR code with a mobile device camera to access the latest version of this document online:
https://sfethics.org/ethics/2001/07/advice-july-20-2001-letter.html