You asked the Ethics Commission to consider the following questions:

2. Does the answer to question #1 change if you seek public financing for your November 2002 campaign?

3. What are the Ethics Commission's "recommendations" regarding the bookkeeping for both campaigns?

1. You must establish a separate campaign contribution trust account for your prospective November 2002 campaign.

2. The answer to question #1 applies regardless of whether you seek public financing of your November 2002 campaign.

3. Each committee must maintain its own separate, detailed and complete records of contributions received and expenditures made.

You provided the following information: You ran for a seat on the Board of Supervisors in November 2000 and you are considering a run for the same seat in November 2002. You have approximately $10,000 of debt remaining from your previous campaign; you also have on hand a quantity of letterhead and campaign signs. You are not in a position to retire your debt at this time. You would like to use the "FPPC identification number"1 and bank account that you set up for your 2000 campaign for your 2002 campaign.2

You wish to use the same campaign committee that you set up to run for a seat on the Board of Supervisors in 2000 to run for the same office in 2002. By doing this, you hope to avoid the procedural steps of setting up a new committee, opening a new bank account, and transferring funds from the old committee, if any, to the new committee. For the reasons discussed below, the Commission determines that you may not use your 2000 campaign trust account for your prospective 2002 campaign.

1. You must set up a separate campaign bank account for your 2002 campaign.

Local law establishes the following requirements for candidates who run for City elective office,3 including candidates for the Board of Supervisors:

_ An individual may be a candidate for only one City elective office at one time. Id.

_ Contributions solicited or accepted must be expended only on behalf of the candidate for the office specified in the declaration of intention.4 Id., § 1.122.

b. All contributions received by a candidate are subject to limits under the CFRO.

The prohibition against using your 2000 campaign bank account for your 2002 campaign is supported by the CFRO's provisions related to contribution limits. Under the CFRO, the amount that a person may contribute to a candidate is limited to $500 during the general election. S.F. C&GC Code § 1.114(a)(1). The general election period for the office of Board of Supervisors extends from "January 1 of the first year of an election cycle up to and including the date of the general election." Id., § 1.104(f). An "election cycle" means "a four-year period preceding a term of office as defined by the San Francisco Charter, beginning on January 1, and ending on December 31 of the fourth year thereafter." Id., § 1.104(g).5

In other words, regardless of when a person makes a contribution to a candidate during the election cycle, that person's contribution counts towards the amount that a candidate may receive from that one person for the election. In this way, all funds coming into a campaign account are subject to the statutory contribution limits.

As a consequence, you must ensure that no contributor gives more than $500 to either your 2000 or 2002 campaigns. You must track contributions you receive to retire your 2000 debt and contributions you receive to fund your 2002 election. You must also track your expenditures to ensure that they are used for and attributed to the proper campaign. No matter how careful you are in keeping your books, having one trust account to serve both campaign purposes invites mistakes, however inadvertent, making it difficult to track your contributions correctly. Accordingly, you must set up a new campaign contribution trust account for your 2002 campaign.

If two committees share the same bank account, not only may it be difficult to track contributions and expenditures, but in your case, there will be no way for the public to know what funds were received to retire the 2000 debt or what funds were received to fund the 2002 campaign. Nor will the Ethics Commission know about the funds unless it conducts an audit, which, if it occurs, will occur at least several months after the fact. In addition, if the committee does not keep accurate records, any investigation of the committee's activities may be limited. Although a record-keeping violation may be charged, there may be more serious violations that will not be discovered. Requiring separate accounts for each committee will provide an immediate paper trail in the bank records as well as result in clearer records. These policy reasons are well served by the rule that you set up a separate bank account.

2. The rule against using the same bank account for separate committees applies to all candidates who seek City elective office, whether or not they seek public financing.

Using one bank account to serve two different purposes will create confusion among contributors as to the purpose of their contributions. To avoid this confusion, candidates must establish separate bank accounts for separate elections. Separation is particularly important for candidates who seek public financing. To be eligible to receive public financing, a candidate for the Board of Supervisors must receive at least $7,500 in qualifying contributions from at least 75 contributors and be able to prove that expenditures made with public funds are used for qualified campaign purposes only. S.F. C&GC Code § 1.140. All candidates who receive public financing will be audited by the Ethics Commission. Id., § 1.150. These provisions were enacted not only to ensure that publicly financed candidates meet eligibility requirements and use public funds appropriately, but that they also maintain records that accurately reflect their contributions and expenditures. Requiring separate accounts for separate committees will help ensure proper tracking of public funds.

3. Each committee must maintain separate and accurate records of contributions received and expenditures made.

As discussed in section 1 above, local law requires that you establish a separate campaign contribution trust account for your November 2002 campaign. As you know, under State law, each committee is required to maintain detailed accounts, records, bills and receipts that are necessary to prepare campaign statements and to comply with the provisions of the Political Reform Act. Cal. Gov't Code § 84104. These State law requirements have been incorporated into local law; accordingly, you must maintain separate, accurate and detailed records for each committee.

I hope this information is responsive to your inquiry. Please do not hesitate to contact me if you have additional questions.

2 Subsequent to receipt of your letter, the FPPC has adopted and will notice regulations to disallow "re-designation," whereby a candidate seeking re-election to the same office at a future date may use his or her existing campaign committee for that future election by simply amending the committee's statement of organization and the campaign bank account statement to apply to the new election. The proposals will require candidates to file a new statement of organization and to set up a new campaign bank account and new campaign committee for re-election to the same office; these regulations will apply to candidates for state office.

5 All eleven seats of the Board of Supervisors were up for election in November 2000. Because this was the first election under district elections, the term of office was determined by lot when the new board took office. For even-numbered districts, the term of office is two years, with seats up for election in November 2002. For this one time, the "election cycle" for these offices runs from January 1, 2001 to December 31, 2002. 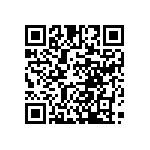 Scan the QR code with a mobile device camera to access the latest version of this document online:
https://sfethics.org/ethics/2002/02/advice-february-19-2002-letter-dudum.html