You requested the Ethics Commission’s advice on whether a candidate who was elected to office may use funds remaining in his or her campaign account for expenses related to holding office. In addition, you have inquired whether the candidate may use funds raised for a future candidacy to pay for the expenses of holding a current office.

Because you seek advice regarding the responsibilities of a local officeholder under the San Francisco Campaign and Governmental Conduct Code, the Commission is treating your question as a request for a formal opinion.

With respect to your first question, we conclude that campaign funds may be used to pay officeholder expenses, subject to the restrictions imposed by State law. State law requires that any such expenditure be reasonably related to a governmental or legislative purpose, and directly related to such a purpose if the expenditures confer a substantial benefit on the candidate.

With respect to your second question, we conclude that campaign funds raised for a future office may not be used to pay offiiceholder expenses related to a current office. Local law restricts the expenditure of campaign funds to the candidacy for which they were raised.

I. Use of Campaign Funds for Officeholder Expenses

The California Political Reform Act provides that funds in a campaign account “are held in trust for expenses associated with the election of the candidate to the specific office for which the candidate has stated . . . that he or she intends to seek or expenses associated with holding that office.” Cal. Gov’t Code § 89510(b) (emphasis added). Consistent with this trust requirement, campaign funds may be expended to seek office if they are “reasonably related” to a political purpose. Cal. Gov’t Code § 89512. Campaign funds may be spent in connection with holding the office to which the candidate is elected if the expenditure is reasonably related to a legislative or governmental purpose. Id. A more stringent test applies when an expenditure of campaign funds (either for seeking office or for officeholder expenses), will confer a substantial personal benefit on the candidate. In such circumstances, the expenditure must be “directly related” to a political, legislative or governmental purpose. Id.

Local law also provides that campaign funds may be used only on behalf of the candidacy for the office for which the funds were raised, but does not specifically refer to expenses associated with holding the office. Section 1.122 of the Campaign and Governmental Conduct Code provides:

Section 1.200 of the Campaign and Governmental Conduct Code also imposes some restrictions on campaign funds. It prohibits an officeholder from maintaining a separate account for officeholder expenses. S.F. C&GC Code § 1.200. All money raised by a local officeholder must be deposited in a single campaign account, subject to local contribution limits. See id.

In any case involving statutory interpretation, the fundamental task is to determine the legislative intent in order to effectuate the law’s purpose. White v. Ultamar, Inc. (1999) 21 Cal. 4th 563, 572. In determining such intent, we must look first to the words of the statute themselves, giving the language its usual, ordinary import and according significance, if possible to every word phrase and sentence in pursuance of the legislative purpose.” Dyna-Med, Inc. v. Fair Employment and Housing Commission (1987) 43 Cal. 3d 1379, 1386-1387. The literal meaning of a statute, however, must be in accord with the statute’s purposes. See Delaney v. Superior Court (1990) 50 Cal. 3d 785, 798. Accordingly, we must consider “the object to be achieved and the evil to be prevented by the legislation.” Horwich v. Superior Court (1999) 21 Cal.4th 272, 276.

Section 1.122 states that except as provided elsewhere in the section “any contributions solicited or accepted under this Section shall be expended only on behalf of the candidacy for the office specified.” The rest of the section allows campaign funds to be returned to contributors, donated to charity or the General Fund, or given to one of the candidate’s other committees. Read in isolation, the statute could be viewed as precluding any other uses, including the use of campaign funds for officeholder expenses. However, we believe that conclusion to be inconsistent with the purpose and history of this section.

The purpose of section 1.122 is to ensure that campaign funds be spent only for the candidate to which the donors provided the funds. Thus, the section expressly prohibits the use of such funds “for the candidacy of any other individual or in support of or opposition to any measure.” S.F. C&GC Code § 1.122. The section allows campaign funds to be used in several additional ways not inconsistent with this purpose, such as donating the funds to the General fund or a charity. Section 1.122 is therefore similar to State law, which restricts the use of “surplus funds,” or funds remaining in an account when a candidate leaves office or is defeated in an election. SeeGov’t Code § 89519 (specifying uses of surplus funds).

Section 1.122 prohibits the use of campaign funds for purposes other than seeking election to the office for which the funds were raised. Accordingly, using funds from a future campaign account to pay for expenses related to acurrent office is prohibited. Nonetheless, the Commission recognizes that campaign funds may be expended as long as they are reasonably or directly related to a political purpose. Some expenses, such as the purchase of tickets to fundraisers for a community organization, may be related to a governmental or legislative purpose as well as appear to relate to the duties of holding a current office. Other expenditures, such as the purchase of supplies for use in the officeh
older’s current office, are not directly related to a political purpose and could not be made from a future campaign account. Whether an expense is permissible or not depends on the specific facts and circumstances of the expenditures. If you have questions about specific expenditures, please contact the Ethics Commission for further advice.

State law does not expressly permit the use of campaign funds raised for a future election for officeholder expenses associated with a current office. However, because we conclude that local law does not permit the use of campaign funds for this purpose, we do not need to address whether State law permits it. If you are interested in pursuing whether State law permits such a use, you may wish to contact the Fair Political Practices Commission.

I hope you find this information helpful. Please do not hesitate to let me know if you have further questions. 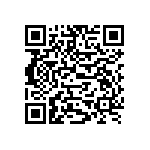 Scan the QR code with a mobile device camera to access the latest version of this document online:
https://sfethics.org/ethics/2002/08/advice-june-17-2002-letter.html