You requested confirmation of the oral advice you received from the staff of the Ethics Commission regarding unexpended funds that are transferred from one campaign account of a candidate for City elective office to another campaign account of that same candidate. Staff advised you that a candidate for City elective office who transfers unexpended funds from one campaign account to another must attribute the transferred funds to specific donors in order to ensure that contribution limits are not exceeded.

After receiving this guidance, you expressed concern and subsequently sent a letter asking the Commission to reconsider its advice. You assert that this advice is at odds with a plain reading of the Ordinance and is inconsistent with the approach that the State takes. In addition, you question how a candidate could determine whose funds have been transferred or redesignated for use in another election and whether the burden of compliance falls solely on the candidate, or on political donors as well.

The Ethics Commission provides two kinds of written advice: formal opinions and informal advice. S.F. Charter § C3.699-12. Written formal opinions are available to individuals who request advice about their responsibilities under local laws. Formal opinions provide the requester immunity from subsequent enforcement action if the material facts are as stated in the request for advice, and if the District Attorney and City Attorney concur in the advice. See id. Informal advice does not provide similar protection. See id.

Because you do not provide specific facts but seek general advice, the Commission is treating your question as a request for informal advice.

2. If the answer to question one is yes, how may a candidate determine whose funds have been transferred or redesignated for use in another election?

2. To determine whose funds have been transferred, the Ethics Commission will use the same attribution procedures adopted by the Fair Political Practices Commission, which require a candidate to use either "last in, first out" or "first in, first out" accounting methods.

I. Candidates Are Required To Attribute Contributions When Transferring Funds From One Campaign Account To Another.

The Commission interprets the Campaign Finance Reform Ordinance ("CFRO" or "Ordinance") to require attribution when a candidate transfers funds between the candidate's committees. Requiring attribution implements the CFRO in a way that is consistent with the language and purpose of the law.

A. Requiring attribution implements the Campaign Finance Reform Ordinance in a way that is consistent with the plain language of the law.

Section 1.114 of the CFRO prohibits any person, other than a candidate, from contributing more than $500 in a general election, or $250 in a run-off election, to any candidate seeking election to City office. See S.F. Campaign and Governmental Conduct ("C&GC") Code §§ 1.114(a) and (b).1 Section 1.122 of the CFRO permits a candidate to transfer unexpended contributions from his or her campaign committee to a legally constituted committee established on behalf of the same candidate. See id. § 1.122.

B. Requiring attribution implements the Campaign Finance Reform Ordinance in a way that is consistent with the purpose of the law.

The Commission would reach the same conclusion even if there were an ambiguity in the plain language of the Ordinance. In any case involving statutory interpretation, the fundamental task is to determine the legislative intent in order to effectuate the law's purpose. See White v. Ultramar, Inc. (1999) 21 Cal.4th 563, 572. In determining the legislative intent, we must first look first to the words of the ordinance themselves, "giving to the language its usual, ordinary import and according significance, if possible to every word, phrase and sentence in pursuance of the legislative purpose." Dyna-Med, Inc. v. Fair Employment and Housing Commission (1987) 43 Cal.3d 1379, 1386-1387. But the literal meaning of an ordinance must be in accord with the ordinance's purpose. See Delaney v. Superior Court (1990) 50 Cal.3d 785, 798. Accordingly, we must consider "the object to be achieved and the evil to be prevented by the legislation." Horwich v. Superior Court (1999) 21 Cal.4th 272, 276.

In adopting the contribution limits, the voters of San Francisco sought "to place realistic and enforceable limits on the amount individuals may contribute to political campaigns in municipal elections and . . . to limit contributions to candidates . . . to eliminate or reduce the appearance or reality that large contributors may exert undue influence over elected officials." C&GC Code § 1.100(b). Allowing transfers without attribution would, as explained above, allow a person to donate more than $500 to a single campaign, which is contrary to the stated intent of the Ordinance and would violate Section 1.114. See, e.g., Service Employees Intern. v. Fair Political Practice Commission (9th Cir. 1992) 955 F. 2d 1312, 1322 (recognizing that restrictions on campaign contribution transfers might be "necessary to prevent contributors from circumventing the contribution limits by funneling contributions through one candidate to another."); State v. Alaska Civil Liberties Union (Alaska 1999) 978 P.2d 597, 631, cert. denied (2000) 528 U.S. 1153 (stating that such restrictions serve to prevent candidates who are unopposed or opposed by weak candidates from taking contributions in one campaign to avoid limits in the next because without such restrictions, "contribution limits for future campaigns of presently unopposed candidates would effectively double."). Requiring attribution avoids this result and is consistent with the stated purposes of the Ordinance.

Although you claim otherwise, this interpretation is consistent with State law, which requires attribution with every transfer except in a single, narrow, circumstance. The only circumstance in which attribution is not required under State law is when a person transfers contributions from one campaign for state office to a subsequent campaign for the next term of the same state office.2 But the State does not have the same concerns about undermining the contribution limits that San Francisco has. State campaign committees are required to terminate within 9 to 24 months after the earliest date on which the candidate was defeated or leaves office, or the term of office ends. See 2 Cal. Code Regs. § 18404.1. In addition, State candidates are prohibited from raising funds after an election in amounts greater than the net debt outstanding on the date of the election. See Cal. Gov't Code § 85316. Thus, unlike in San Francisco, a candidate could not have multiple committees actively raising contributions at the same time.

Finally, although you suggest that staff's informal oral advice is a new interpretation of the CFRO, the City has previously advised that transfers are subject to contribution limits. In December of 2000, the Ethics Commission stated that "although candidates may transfer funds to another committee, it must be a committee of the same candidate, and the transfer is subject to the contribution limits imposed by the CFRO." See March 10, 2000 Ethics Commission Advice Letter to Tom Ammiano. In addition, the City Attorney's Office has opined that "when transferring unused campaign funds to a re-election campaign account, an elected officeholder must carefully account for the source(s) of the transferred funds, and take steps to ensure that solicitation or acceptance of additional contributions from those source(s) does not cause any individual contributor to contribute more than $500 to the re-election campaign." See December 5, 1995 City Attorney Letter to Keith Jackson.

You also inquired how a candidate could determine whose funds have been transferred or re-designated for use in another election. For attributing contributions, the Ethics Commission will use the same attribution procedures adopted by the Fair Political Practices Commission ("FPPC"). The FPPC requires a candidate transferring campaign funds to use a "last in, first out" or "first in, first out" method of accounting for the transfers. Gov. Code § 85306. A committee must designate which method it adopts at the time of transfer, and the designation is irrevocable. 2 Cal. Code Regs. § 18536.

"Last in, first out" ("LIFO") means that the amounts the candidate wishes to transfer are attributed to the transferring committee's contributors in reverse chronological order beginning with the most recent of its contributors or, if there has been a prior transfer, beginning with the most recent contributor for which unattributed contributions remain. See id. § 18536(a)(2). For example, assume that Supervisor Abe Lincoln is running for election as Treasurer. He wishes to transfer $1,000 from his 2000 committee to his 2004 committee, has chosen the LIFO method of attribution, and has received the contributions listed in the chart below.

Under either method, campaign funds are attributed to contributors in the lesser of the following amounts:

(a) the actual amount of the original contribution from the person to whom the campaign funds are attributed;

(c) the amount of campaign funds the committee is seeking to transfer that has not yet been attributed.

III. Both Candidates And Contributors Are Responsible For Complying With Local Contribution Limits.

Finally, you inquired whether the burden of compliance falls solely on the candidate or on potential donors as well. Under local law, both candidates and contributors are responsible for complying with the contribution limits.

I hope you find this letter responsive to your inquiry. Please do not hesitate to contact me or Deputy Executive Director Mabel Ng at 581-2300 if you have additional questions.

(2) The campaign bank account/campaign committee that is holding the funds to be "carried over" was established for an election that has already been held; and

(3) The funds to be "carried over" are not considered "surplus campaign funds" as defined in Government Code section 89519 (campaign funds that remain when the candidate is either defeated or has left elected office).

FPPC Regulation 18537.1(c) defines "subsequent election for the same elective state office" to mean "the election to the next term of office immediately following the election/term of office for which the funds were raised." 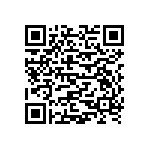 Scan the QR code with a mobile device camera to access the latest version of this document online:
https://sfethics.org/ethics/2002/12/advice-december-11-2002-letter.html