for the fourth quarter lobbyist disclosure period covering October 1 through

. The report reflects that political contributions by lobbyists during the fourth quarter reached an all-time high.

Because of a current shortage of staff due to budgetary constraints, this fourth quarter report of lobbyist activity does not list City officers contacted and specific positions advocated.  Individual lobbyist activity reports containing this information are available from the Ethics Commission office at

Contract lobbyists reported receiving $859,820 in payments from clients for influencing local legislative or administrative action during the fourth quarter.  The three lobbyists that received the highest amount of payments during the fourth quarter were: HMS Associates, $342,333; Barnes, Mosher, Whitehurst, Lauter & Partners, $157,349; and William Rutland Jr., LLC, $136,000.

and expenditure lobbyists that made the largest total payments in the fourth quarter were:  Catellus Development Corporation, $46,059; Golden Gate Restaurant Association, $31,364; and RCN Telecom Services of California, $23,021.

Political contributions made by lobbyists during the fourth quarter totaled $2,074,570.  This amount reflects the highest quarterly total since the Ethics Commission began tracking lobbyist activity in 1995.  It represents a 87 percent increase over the previous high of $1,107,938 during the third quarter 2002.  Of the $2,074,570 in total contributions this quarter, $1,761,023 was contributed to “San Franciscans Against the Blank Check,” a committee opposing Proposition D on the November 2002 ballot.  The lobbyists making the largest contributions during the fourth quarter were: Pacific Gas & Electric, $1,773,523; Committee on Jobs, $127,500; and San Francisco Apartment Association, $65,000. 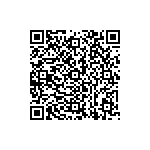 Scan the QR code with a mobile device camera to access the latest version of this document online:
https://sfethics.org/ethics/2003/01/press-release-january-30-2003-ethics-commission-releases-fourth-quarter-2002-summary-of-lobbyist-act.html