meeting, the Ethics Commission elected Michael L. Garcia as its Chairperson and Michele Anglade as Vice Chairperson.  They will assume office on

Chairperson-elect Michael L. Garcia was appointed to the Ethics Commission by the Board of Supervisors in May 2002 and has served as its Vice Chairperson since March 2003.  He is an Adjunct Professor of Finance at the

and an arbitrator for the National Association of Security Dealers.  Retired from trading options on the Pacific Stock Exchange in 1989, Mr. Garcia was owner and Executive Director of Management Marketing Consultants, owner and President of General Entertainment, and an instructor of business courses at

.  He is currently involved in fundraising at his daughter’s school (St. Ignatius) as well as for the YMCA, on whose board he served for many years.  He has also been active in neighborhood causes, and has served on the school board and various committees at St. Stephen’s School.  Mr. Garcia has a BA in Psychology from

and an MBA with a concentration in economics from

.  Mr. Garcia succeeds Bob Planthold in the role of Chairperson.  Mr. Planthold, who has served on the Commission since February 2002, was appointed by former Assessor Doris Ward.

Mr. Garcia said:  “It is both a privilege and an honor to have been elected as Chairperson of the Ethics Commission for the City and

.  I know my fellow commissioners, and the staff, join me in hoping the coming year is one that is marked as a period in which the mandates of the Ethics Commission are carried out in a manner that is forceful, fair and faithful to the trust placed in us by the elected officials that appointed us and the public whom we serve.”

Vice Chairperson-elect Michele Anglade was appointed to the Commission by City Attorney Dennis Herrera in March 2002.  Ms. Anglade is Professor of Law and Director of the Academic Support Program at

, she was a former teaching fellow at U.C. Hastings College of Law and

.  She also practiced litigation with Orr
ick, Herrington & Sutcliffe as well as with Shartsis, Friese & Ginsberg in the City.

Ms. Anglade said:  “I am pleased and honored to serve, and look forward to the challenges relating to the important issues that come before the Commission.” 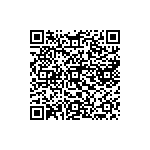 Scan the QR code with a mobile device camera to access the latest version of this document online:
https://sfethics.org/ethics/2004/02/press-release-february-20-2004-san-francisco-ethics-commission-elects-new-officers-michael-l-garcia.html