for the first quarter lobbyist disclosure period covering January 1 through

Because of a current shortage of staff due to budgetary constraints, this report of lobbyist activity does not list City officers contacted and specific positions advocated.  Individual lobbyist activity reports containing this information are available from the Ethics Commission office at

Contract lobbyists reported receiving $876,502 in payments from clients for influencing local legislative or administrative action during the first quarter.  The three lobbyists that received the highest amount of payments during the first quarter were:  HMS Associates, $257,000; Barnes, Mosher, Whitehurst, Lauter & Partners, $203,898; and Morrison & Foerster, $87,041.

Business and organization and expenditure lobbyists reported spending a total of$176,517 during the first quarter to influence local legislative and administrative action.  The business and organization and expenditure lobbyists that made the largest total payments in the first quarter were:  Comcast Corporation, $83,006; RCN Telecom Services of California, $24,386; and Citizens to Save the Waterfront, $17,000. 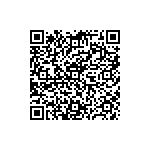 Scan the QR code with a mobile device camera to access the latest version of this document online:
https://sfethics.org/ethics/2004/06/press-release-june-9-2004-ethics-commission-releases-first-quarter-2004-report-on-lobbyist-activity.html