Re:   Request for Opinion Concerning Post-Employment Restrictions of Proposition E

You have requested a formal opinion letter from the Ethics Commission regarding the new post-employment restrictions in Proposition E that were adopted by the voters in the November 2003 election.

The Ethics Commission provides two kinds of advice: written formal opinions and informal advice.   S.F. Charter Section C3.699-12.  Written formal opinions are available to individuals who request advice about their responsibilities under local laws.  Formal opinions provide the requester immunity from subsequent enforcement action if the material facts are as stated in the request for advice, and if the District Attorney and City Attorney concur in the advice.  See id.  Informal advice does not provide similar protection.  See id.

It has come to the Commission's attention that you returned to City employment between the time you requested advice and the issuance of this letter.  It is the Commission's opinion that this change does not alter your request because if you leave City employment again, you may wish to engage in activities that, based on your earlier City employment, would be prohibited by the permanent post-employment restrictions in section 3.234, and which would not have been prohibited by former Charter section C8.105(e).  Accordingly, because you seek advice regarding actions that you may take in the future, the Commission is treating your question as a request for a formal opinion.

Section 3.234, which was adopted as part of Proposition E, imposes three general restrictions on the activities of City officers and employees once they leave employment.  Former officers and employees are:  (1) permanently banned from switching sides in particular matters in which they were personally and substantially involved; (2) prohibited for one year from contacting their board or agency to influence government decisions; and (3) prohibited for one year from working for a person or entity that entered into a contract with the City in the prior 12 months if the officer or employee personally and substantially participated in the award of the contract.  At the request of the former City officer or employee, the Ethics Commission may waive either the permanent or one-year restriction if the Commission determines that granting a waiver would not create the potential for undue influence or unfair advantage.  S.F. C&GC Code § 3.234(a)(1)(E).

Your inquiry presents a question of statutory construction.   Under the rules of statutory construction, we ascertain the legislative intent in order to effectuate the law's purpose, looking to the statute's words and giving them their usual and ordinary meaning.  "The statute's plain meaning controls [the] interpretation unless its words are ambiguous.  If the plain meaning of a statute is unambiguous, no court need, or should, go beyond that pure expression of legislative intent."  White v. Ultramar, Inc. (1999) 21 Cal. 4th 563, 572 (citations omitted).

Proposition E deleted Charter section C8.105(e) in its entirety and replaced it with an ordinance on the same subject, section 3.234 of the Campaign and Government Conduct Code.  The new law took effect on December 5, 2003.  By its terms, section 3.234 applies, without exception, to any "former officer or employee of the City and County."[2]   As a former City employee, section 3.234 applies to you under a plain reading of the ordinance.  Section 3.234 does not contain any exceptions for officers or employees who left City service prior to the effective date of the new law and no savings clause preserves application of Charter section C8.105(e) to any category of individuals.  Accordingly, under a plain reading of the ordinance, as of December 5, 2003, section 3.234 applies to all former City officers and employees, regardless of when the officer or employee left City service.  See generally United States v. Nasser, 476 F.2d 1111 (7th Cir. 1973) (applying federal post-employment law to employees who left office prior to effective date of the law); Forti v. New York State Ethics Commission, 75 N.Y.2d 596, 554 N.E.2d 876, N.Y.S. 2d 235 (N.Y. 1990) (applying new post-employment law to employees who had previously been subject to more lenient law).

I hope you find this letter responsive to your inquiry.  Please contact me at (415) 581-2300 if you have any additional questions.

No person who has served as an officer or employee of the City and County shall within a period of two years after termination of such service or employment appear before the board or agency of the City and County of which he or she was a member in order to represent any private interest, provided, however, that said officer or employee may appear before said board for the purpose of representing himself or herself.

[2]  Special definitions of "department" and additional restrictions apply to former Mayors and members of the Board of Supervisors.  See C&GC Code § 3.234(b).

The City Attorney’s Office concurs with your formal advice to Gregory Asay regarding the application of Campaign and Governmental Conduct Code section 3.234.

The District Attorney can neither concur nor disagree with the Ethics Commission opinion concerning interpretation of the recently enacted statutory requirements pertaining to post-employment restrictions (Campaign and Governmental Conduct Code §3.234) applicable to all officers and employees.  The reason is that the original request for an opinion dated January 12, 2004, relates to Mr. Asay's "current ability to speak with members of the Board of Supervisors on behalf of a client" even though he left the government, as legislative aide to Supervisor Maxwell,  on January 3, 2003 and the post employment restrictions at issue were adopted by the voters in November 2003.  Now, however, Mr. Asay has returned to City employment.  Accordingly, the current law applies and any  request for an opinion pertaining to previous government service being subject to current law is moot. 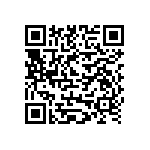 Scan the QR code with a mobile device camera to access the latest version of this document online:
https://sfethics.org/ethics/2004/08/advice-august-5-2004-letter.html