for the second quarter lobbyist disclosure period covering April 1 through

Because of a current shortage of staff due to budgetary constraints, this report of lobbyist activity does not list City officers contacted and specific positions advocated.  Individual lobbyist activity reports containing this information are available from the Ethics Commission office at

Business and organization and expenditure lobbyists reported spending a total of$276,773 during the second quarter to influence local legislative and administrative action.  The business and organization and expenditure lobbyists that made the largest total payments in the second quarter were:  Comcast, $74,512; California Urban Issues Project, $63,008; and San Francisco Association of Realtors, $42,450. 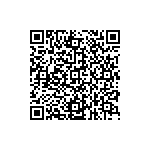 Scan the QR code with a mobile device camera to access the latest version of this document online:
https://sfethics.org/ethics/2004/08/press-release-august-10-2004-ethics-commission-releases-second-quarter-2004-report-on-lobbyist-activ.html