HomeNewsPress Release – August 5, 2004 – SF ETHICS COMMISSION ANNOUNCES THAT THE VOLUNTARY SPENDING LIMIT HAS BEEN LIFTED FOR ALL BOARD OF SUPERVISORS CANDIDATES IN DISTRICT ELEVEN

Press Release – August 5, 2004 – SF ETHICS COMMISSION ANNOUNCES THAT THE VOLUNTARY SPENDING LIMIT HAS BEEN LIFTED FOR ALL BOARD OF SUPERVISORS CANDIDATES IN DISTRICT ELEVEN

Michael Garcia, Chairperson of the Ethics Commission, said:  “It’s clear that the voters want voluntary spending limits because they approved it by a vote of nearly 80 percent in 1999.&#0
160; However, the lifting of the limits in a second district also makes clear that the Commission must revisit the law and make adjustments as necessary to make sure that spending limits are meaningful and that the public financing program is accomplishing its purposes.  I hope the Commission will be able to consider these matters after the November election.” 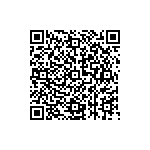 Scan the QR code with a mobile device camera to access the latest version of this document online:
https://sfethics.org/ethics/2004/08/press-release-august-5-2004-sf-ethics-commission-announces-that-the-voluntary-spending-limit-has-bee.html