You have requested a formal opinion letter from the Ethics Commission regarding the application of Campaign and Governmental Conduct Code ("C&GCC") sections 1.114(d) and 1.126 to the officers and directors of the San Francisco Museum and Historical Society ("SFMHS").

The Ethics Commission provides two kinds of advice: written formal opinions and informal advice.  S.F. Charter Section C3.699-12.  Written formal opinions are available to individuals who request advice about their responsibilities under local laws.  Formal opinions provide the requester immunity from subsequent enforcement action if the material facts are as stated in the request for advice, and if the District Attorney and City Attorney concur in the advice.  See id.  Informal advice does not provide similar protection.  See id.

Because you seek advice regarding specific actions that you and other officers or directors of SFMHS may take in the future, the Commission is treating your question as a request for a formal opinion.

You informed us that SFMHS is a 501(c)(3) nonprofit organization that has an exclusive negotiating agreement with the City and County of San Francisco to lease the Old Mint Building located at Fifth and Mission Streets.  According to your request, SFMHS is currently negotiating a disposition and development agreement and lease ("lease") with the City, which you state will be finalized later this year and will require approval by the Board of Supervisors.  Finally, you informed us that candidates for the Board of Supervisors are soliciting officers and directors of SFMHS for campaign contributions.

CFRO limits the amount of campaign contributions a person may donate to candidates for City elective office.  See, e.g., C&GCC § 1.114(a) (imposing a limit of $500 per person during the general election).  Among these limitations is an absolute prohibition on any person making a campaign contribution to a City elective officer or candidate for such office when the person is negotiating certain contracts with the City, such as leases, until either the termination of negotiations or three months after the contract is approved, provided that the transaction requires approval by the City elective officer, or the board on which the officer sits.  See C&GCC § 1.126.[1]  CFRO defines the term "person" to include any "individual, partnership, corporation, association, firm, committee, club or other organization or group of persons, however organized."  C&GCC § 1.104(m).

The question presented by your inquiry is whether the affiliated entity rule extends the contribution limit imposed by section 1.126 to the officers and directors of SFMHS.  This inquiry presents a question of statutory construction.  Under the rules of statutory construction, we must ascertain the legislative intent in order to effectuate the law's purpose, looking to the words of the law and giving them their usual and ordinary meaning.  "The [law's] plain meaning controls [the] interpretation unless its words are ambiguous.  If the plain meaning of a [law] is unambiguous, no court need, or should, go beyond that pure expression of legislative intent."  White v. Ultramar, Inc. (1999) 21 Cal.4th 563, 572 (citations omitted).

For these reasons, we conclude that section 1.126 does not extend to the officers and directors of SFMHS.  Accordingly, CFRO does not prohibit the officers and directors of SFMHS from making campaign contributions to a member of the Board of Supervisors or a candidate seeking election to the Board of Supervisors while the lease is being negotiated and until the negotiations terminate or three months after the lease is approved.

I hope you find this letter responsive to your inquiry.  Please contact me at (415) 581-2300 if you have any additional questions. 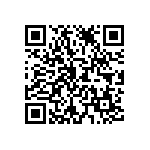 Scan the QR code with a mobile device camera to access the latest version of this document online:
https://sfethics.org/ethics/2004/11/advice-november-30-2004-letter.html