The Commission has announced that for the purposes of filing campaign disclosure reports under section 1.135 of the Campaign Finance Reform Ordinance (“CFRO”), the Commission will follow the reporting periods and deadlines approved by the Fair Political Practices Commission for the February 5, 2008 election.

Under section 1.135, in addition to the campaign disclosure requirements imposed by the Political Reform Act and other provisions of the CFRO, all San Francisco general purpose committees must file pre-election statements before any election at which a candidate for City elective office or City measure is on the ballot, if the committee makes contributions or expenditures totaling $500 or more during the period covered by the pre-election statement.

For the purposes of filing reports under section 1.135, the Commission will follow the reporting periods and deadlines provided in the February 5, 2008 Election Filing Schedule adopted by the Fair Political Practices Commission for Candidates for Local Office and Their Controlled Committees and Committees Primarily Formed to Support/Oppose Local Candidates and Ballot Measures.  This schedule is attached and is available online at http://www.fppc.ca.gov/filingschedules/2008/locals.pdf. 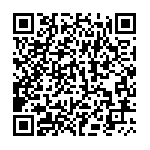 Scan the QR code with a mobile device camera to access the latest version of this document online:
https://sfethics.org/ethics/2007/12/press-release-december-3-2007-section-1135-filing-schedule-for-february-5-2008-election.html