HomeNewsPress Release – October 24, 2008 – SF ETHICS COMMISSION ANNOUNCES THAT THE VOLUNTARY SPENDING LIMIT HAS BEEN LIFTED FOR BOARD OF SUPERVISORS CANDIDATES IN DISTRICT 1

Press Release – October 24, 2008 – SF ETHICS COMMISSION ANNOUNCES THAT THE VOLUNTARY SPENDING LIMIT HAS BEEN LIFTED FOR BOARD OF SUPERVISORS CANDIDATES IN DISTRICT 1

The San Francisco Ethics Commission announced today that San Francisco’s $140,000 voluntary spending limit for candidates for the Board of Supervisors in the November election has been lifted in District 1. Elimination of the spending limit was triggered by spending in excess of $140,000 to oppose a candidate in District 1. A list of all expenditures reported on Form SFEC-152(a)-3 is available on our website athttp://www.sfgov.org/site/ethics_page.asp?id=88183.

Under the City’s Campaign Finance Reform Ordinance, the voluntary spending limit for candidates for the office of Board of Supervisors is lifted in a particular district if a candidate who does not agree to abide by the spending limit receives contributions, makes qualified campaign expenditures, or has funds in his or her Campaign Contribution Trust Account in excess of 100 percent of the $140,000 voluntary spending limit. The limit is also lifted when a person or persons make expenditures or payments, or incur expenses for the purpose of making independent expenditures, electioneering communications or member communications to support or oppose a candidate that exceed 100 percent of the $140,000 spending limit. Candidates who receive public funds remain subject to their Individual Expenditure Ceilings (see discussion below).

As of today, three candidates in District 1 have been certified to receive public funds. These candidates must abide by their Individual Expenditure Ceilings, which begin at $140,000, and may be raised in increments of $10,000 based on the opposition spending against the participating candidates or total supportive funds of the candidates’ opponents. All candidates in the district are required to file Form SFEC-152(a)-2 within 24 hours of receiving contributions, making expenditures or having funds in the Campaign Contribution Trust Account that equal or exceed $100,000 and for every $10,000 thereafter. Current information about expenditure ceilings may be found at http://www.sfgov.org/site/ethics_page.asp?id=18359. Any person making independent expenditures, electioneering communications, or member communications in support of or in opposition to a candidate is required to file Form SFEC-152(a)-3 within 24 hours of spending $5,000 or more. Additional information about the public financing program is available on the Commission’s website at www.sfgov.org/ethics.

The Ethics Commission, established in November 1993, serves the public, City employees and officials and candidates for public office through education and enforcement of ethics laws. Its duties include: filing and auditing of campaign finance disclosure statements, lobbyist and campaign consultant registration and regulation, administration of the public financing program and whistleblower program, conflict of interest reporting, investigations and enforcement, education and training, advice giving and statistical reporting. 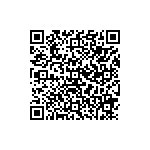 Scan the QR code with a mobile device camera to access the latest version of this document online:
https://sfethics.org/ethics/2008/10/press-release-october-24-2008-sf-ethics-commission-announces-that-the-voluntary-spending-limit-has-b.html