HomeNewsPress Release – October 6, 2008 – SF ETHICS COMMISSION ANNOUNCES THAT THE VOLUNTARY SPENDING LIMIT IS NO LONGER IN EFFECT FOR ALL BOARD OF SUPERVISORS CANDIDATES IN DISTRICT 6

Press Release – October 6, 2008 – SF ETHICS COMMISSION ANNOUNCES THAT THE VOLUNTARY SPENDING LIMIT IS NO LONGER IN EFFECT FOR ALL BOARD OF SUPERVISORS CANDIDATES IN DISTRICT 6

Under the City's Campaign Finance Reform Ordinance, the voluntary spending limit for candidates for the office of Board of Supervisors is no longer binding in a particular district if a person, or persons in the aggregate, make independent expenditures, in support of or in opposition to a candidate, that exceed 100 percent of the $83,000 spending limit.

"Through evaluation of a variety of campaign materials being distributed throughout District Six, we have determined that independent expenditures, costs for electioneering communications and member communications have exceeded the voluntary spending cap," said John St. Croix, Executive Director of the Ethics Commission.  "There have been mass mailings, signage, door hangars, polls, web sites, numerous handouts and fliers, windshield drops – at least one with first-class return postage affixed, staff and legal costs, independent printing and other expenses."

All candidates running for City office who agreed by the deadline to comply with the voluntary spending limits will be acknowledged in the Voter Information Handbook distributed to San Francisco voters.
– – – – – – – 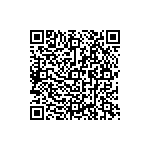 Scan the QR code with a mobile device camera to access the latest version of this document online:
https://sfethics.org/ethics/2008/10/press-release-october-6-2008-sf-ethics-commission-announces-that-the-voluntary-spending-limit-is-no.html