EXECUTIVE DIRECTOR’S REPORT
TO THE SAN FRANCISCO ETHICS COMMISSION
For the Meeting of January 12, 2009

1.   FY 09-10 Budget.
All City departments have been instructed to reduce their General Fund budgets by 12.5 percent with an additional 12.5 percent contingency plan for FY 09-10.  A 12.5 percent target for the Ethics Commission amounts to a cut of $200,770.  If a 25 percent cut is mandated, the Commission will be looking at a cut of $401, 400.  At Monday’s meeting, staff will receive instruction from the Commission on preparing its budget submission, which is due February 20, 2009.

2.  Investigation and enforcement program.
Since its last regular meeting on December 8, 2008, the Commission has received zero new complaints.  There are currently 25 complaints pending in the Commission’s jurisdiction.

3.   Campaign finance disclosure program.
a. Filing deadline.  The next filing deadline occurs on February 2, 2009 for the first semi-annual statement, which covers the reporting period beginning the day after the closing date of the last statement filed, or January 1, 2008 through December 31, 2008.  All active committees are required to file for this period.  Staff continues to do outreach with all local committees, candidates and treasurers via U.S. postal mail, email, phone, and fax to update them on their campaign finance filing obligations.

Staff conducted an analysis of campaign finance filings received during the period covering September 1 through December 31.  The analysis showed that during this period the Commission received 2,036 campaign finance filings (396 electronic filings and 1,640 paper filings).  Staff manually scanned, redacted and posted 1,557 paper filings.  In addition, staff manually scanned and posted all communications associated with the SFEC-152a-3 form.  Thereafter, the auditors analyzed each SFEC-152a-3 filing to determine whether individual expenditure ceilings should have been raised.  Staff also provided a summary of the SFEC-152a-3 filings on the Commission’s website, updating the webpage frequently to reflect changes in candidates’ individual expenditure ceilings.  The table below details the forms processed by staff.  For the most part, two staff members processed these campaign finance filings.

b. Collection of late filing fees and contribution forfeitures.  Campaign finance collections as of January 7th for FY 08-09 totaled $16,377, based on filings made during current and previous fiscal years.  This amount does not include payments received for 2008 period forfeitures, which are included in the Other Ethics Fines revenue category.  By comparison, campaign finance collections as of January 7th in prior fiscal years were as follows:

The $16,377 amount is based on prior assessments as follows:

To date, the outstanding balance of late fees assessed from the current and previous years, including accounts that have been referred to the Bureau of Delinquent Revenues, is $112,608, down from $154,453 as last reported.  Staff continues to receive and process requests for waiver.

The current outstanding balance of contribution forfeitures assessed as a result of the defective reporting of contributor information and contribution limit violations is $60,709, down from $62,177 as last reported.  This amount does not include forfeiture assessments from the 2008 filing period.  More than half of the $60,809 amount was assessed as a result of 2005-2006 period audits.  Additional assessments are anticipated upon completion of pending 2005-2006 audits.  Staff continues to process requests for reversal and waiver for a portion of the outstanding forfeitures that have been assessed.  The individual late fees and forfeitures are listed below.

5.  Electronic filing and Campaign Finance databases.
Electronic filers may use the Commission’s free San Francisco Electronic Disclosure System (SFEDS) or software available from third party vendors that satisfies the Secretary of State’s formatting requirements adopted by the Ethics Commission.  A list of certified vendors is available at the California Secretary of State’s web site at: http://www.ss.ca.gov/prd/approved_vendors.htm.

SFEDS allows committees to file FPPC form 460, 496 and 497 campaign statements in electronic format.  The data from the electronically filed forms can be searched and exported in Microsoft Excel format for each committee or candidate.  Exported data includes both original and amended transactions.  Electronic data is accessible from the Internet with certain content redacted.  The unredacted data is accessible to staff and the public using computers inside the Commission’s office.  Electronic filings can also be viewed in PDF format immediately after the filing is submitted to the Commission.  Paper filings are scanned and posted to the database as they are processed.  Paper filings that have not yet been scanned can be viewed in the Commission’s public room.

6. Public financing/Campaign finance audit program.
The table below summarizes funds disbursed to the 19 candidates certified as eligible to participate in the public financing program.  All claims for public funds have been processed (approximately 130 claims in total, including the initial applications for eligibility); therefore, the figures below represent the total amount disbursed by candidate and by district for the November 2008 election. 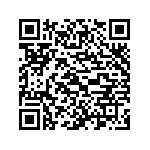 Scan the QR code with a mobile device camera to access the latest version of this document online:
https://sfethics.org/ethics/2009/01/executive-directors-report-january-12-2009.html