EXECUTIVE DIRECTOR’S REPORT
TO THE SAN FRANCISCO ETHICS COMMISSION
For the Meeting of February 9, 2009

2.  Investigation and enforcement program.
Since its last regular meeting on January 12, 2009, the Commission has received one new complaint.  There are currently 25 complaints pending in the Commission’s jurisdiction.

3.   Campaign finance disclosure program.
a. Filing deadline.  The last filing deadline occurred on February 2, 2009 for the second semi-annual statement, which covers the reporting period beginning the day after the closing date of the last statement filed, or January 1, 2008 through December 31, 2008.  All active committees are required to file for this period.  Staff continues to do outreach with all local committees, candidates and treasurers via U.S. postal mail, email, phone, and fax to update them on their campaign finance filing obligations.

b. Collection of late filing fees and contribution forfeitures.  Campaign finance collections as of February 4th for FY 08-09 totaled $19,387, based on filings made during current and previous fiscal years.  This amount does not include payments received for 2008 period contribution forfeitures, which are included in the Other Ethics Fines revenue category.  By comparison, campaign finance collections as of February 4th in prior fiscal years were as follows:

The $19,387 amount is based on prior assessments as follows:

To date, the outstanding balance of late fees assessed from the current and previous years, including accounts that have been referred to the Bureau of Delinquent Revenues, is $109,598, down from $112,608 as last reported.  Staff continues to receive and process requests for waiver.

The current outstanding balance of contribution forfeitures assessed as a result of the defective reporting of contributor information and contribution limit violations is $60,509, down from $60,709 as last reported.  This amount does not include forfeiture assessments from the 2008 filing period.  Staff continues to process requests for reversal and waiver for a portion of the outstanding forfeitures that have been assessed.

f.  Update on FPPC Regulation.  At its last meeting, the Ethics Commission approved comments related to proposed Fair Political Practice Commission Regulation 18247.5, which sought to provide guidance on what constitutes a primarily formed or general purpose committee, and what constitutes a state, county or city committee.  Staff is pleased to report that after receiving the Commission’s comments, the FPPC abandoned the $50,000 expenditure threshold that would have delineated a state committee in favor of a 50 percent activity threshold.  Thus, a committee that makes more than 50 percent of its contributions or expenditures in the same consolidated city and county would be deemed a city committee.  In addition, the FPPC modified the three-year look-back provision by which a committee could determine its status; instead, the FPPC now requires a committee to look at its activities during the current two-year period that begins with January 1 of an odd-numbered year and ends with December 1 of the following even-numbered year, or the immediately preceding 24 months, to determine whether it is a state, local, primarily formed or general purpose committee.

Staff will begin work on the Report on Public Financing in the 2008 Election after all candidates’ semi-annual statements have been submitted.

Recently, audit staff distributed a summary of the questionnaire responses regarding the November 2008 election, reminded publicly financed candidates that their records are due on February 15, and assisted with questions related to the filing of the semi-annual campaign disclosure statement.

In addition, staff recently met with Supervisor Chris Daly to discuss possible amendments and improvements to the Campaign Finance Reform Ordinance (CFRO) based on the Commission’s experience with the public financing program in the November 2008 election.  Staff anticipates that proposed amendments to the CFRO will be forthcoming in the not too-distant future.

6.  Lobbyist program.
On January 27, 2009, ethics staff conducted two Interested Persons meetings on proposed changes to the Lobbyist Ordinance.  Based on comments received, staff has modified some of the proposed amendments, which will be presented to the Commission for consideration at the February meeting.

There are currently 42 lobbyists registered with the Commission.  The next quarterly lobbyist filing is due April 15, 2009.

Staff is preparing for the 2009 annual filings of the SEI and the Sunshine Ordinance, which are due on April 1, 2009.  Staff has begun and will continue to provide several trainings, one set geared towards commission secretaries and department heads who must distribute the forms and another set geared towards persons who must file the forms.  The training dates are listed below in this report.

This year the City Attorney will not be providing a live training on the Sunshine Ordinance and ethics laws.  To satisfy the training requirements, please watch last year’s video, which is available at www.sfgov.org/cityattorney.

9.  Outreach and Education.
On January13, 2009, staff met with Akram Belkaid, a visitor from France who was visiting to discuss the structure and function of democracy in the United States; the interaction of federal, state and local government; and approaches to civil service reform.  Mr. Belkaid was a participant in the U.S. Department of State’s International Visitor Leadership Program and was sponsored by the International Visitor Leadership Program and the Institute of International Education/West Coast Center.

On January 23, 2009, ethics staff conducted a Statement of Economic Interests (SEI) Training for Filing Officers and Commission secretaries covering roles and responsibilities, how to conduct a facial audit if the SEI, how to manage the filings of designated employees, department heads, and members of boards and commissions.

The following trainings are the currently scheduled for 2009: 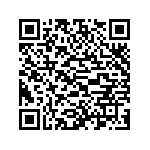 Scan the QR code with a mobile device camera to access the latest version of this document online:
https://sfethics.org/ethics/2009/02/executive-directors-report-february-09-2009.html