EXECUTIVE DIRECTOR’S REPORT
TO THE SAN FRANCISCO ETHICS COMMISSION
For the Meeting of March 9, 2009

1.   FY 09-10 Budget.
At this point, all City departments have been instructed to submit a budget with a 25% cut from current year levels.  If a 25 percent cut is mandated, the Commission will be looking at a cut of $401, 400.  Based on the Commission’s instructions, staff has instead submitted a budget based on FY 08-09 figures.

2.  Investigation and enforcement program.
Since its last regular meeting on February 9, 2009, the Commission has received no new complaints.  There are currently 17 complaints pending in the Commission’s jurisdiction.

3.   Campaign finance disclosure program.
a. Filing deadline.  The last filing deadline occurred on February 2, 2009 for the second semi-annual statement, which covers the reporting period beginning the day after the closing date of the last statement filed, or January 1, 2008 through December 31, 2008.  Staff sent Non-Specific Written Notices to candidates/committees on February 17, 2009.  As of March 2, 2008, because fifteen candidates/committees still had not filed their required statement, staff sent a Second Non-Specific Written Notice and posted these filers to the Commission’s website as non-responsive.

b. Collection of late filing fees and contribution forfeitures.  Campaign finance collections as of March 3rd for FY 08-09 totaled $21,283, based on filings made during current and previous fiscal years.  This amount does not include payments received for 2008 period contribution forfeitures, which are included in the Other Ethics Fines revenue category.  By comparison, campaign finance collections as of February 3rd in prior fiscal years were as follows:

The $21,283 amount is based on prior assessments as follows:

To date, the outstanding balance of late fees assessed from the current and previous years, including $73,786 in fees that have been referred to the Bureau of Delinquent Revenues, is $223,836, up from $109,598 as last reported.  Staff continues to receive and process requests for waiver of late fees.

5.  Public financing/Campaign finance audit program.
Staff is working to finalize the remaining 2006 and 2007 audits.  Most publicly financed candidates have submitted their audit records as required and audits are expected to begin in April.

Staff has begun work on the Report on Public Financing in the 2008 Election and expects to complete the report in late March or early April.

An updated Candidates’ Guide to City Elective Office has been posted to the SFEC website and the first candidates’ training for the 2009 election is likely to occur in May.

6.  Lobbyist program.
There are currently 39 lobbyists registered with the Commission.  The next quarterly lobbyist filing is due April 15, 2009.

7.  Campaign Consultant program.
As of March 4, 2009, sixteen campaign consultants are registered with the Commission.  Fifteen campaign consultants who were active last year have not re-registered.  Staff has contacted them to determine whether they will re-register or terminate their status for 2009.  In the 2008-2009 fiscal year, $15,200 in registration fees and $50 in fines have been collected, for a total of $15,250.

The deadline for the First Quarter 2009 report is Monday, March 16, 2009.  Staff sent reminder notices to all active campaign consultants two weeks prior to the deadline.

Staff is preparing for the 2009 annual filings of the SEI and the Sunshine Ordinance, which are due on April 1, 2009.  Staff has begun and will continue to provide several trainings, one set geared towards commission secretaries and department heads who must distribute the forms and another set geared towards persons who must file the forms.  The training dates are listed below in this report.

This year the City Attorney will not be providing a live training on the Sunshine Ordinance and ethics laws.  To satisfy the training requirements, please watch last year’s video, which is available at www.sfgov.org/cityattorney.

9.  Outreach and Education.
On March 3, 2009, ethics staff conducted a Statement of Economic Interests (SEI) Training for Filing Officers and Commission secretaries covering roles and responsibilities, how to conduct a facial audit if the SEI, how to manage the filings of designated employees, department heads, and members of boards and commissions.

Ethics staff continues to provide trainings on conflict of interest laws and the Statements of Incompatible Activities (SIA) to City departments.  Recent trainings have included the Treasurer and Tax Collector and the Adult Probation Department.

The following trainings are the currently scheduled for 2009: 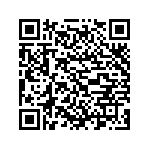 Scan the QR code with a mobile device camera to access the latest version of this document online:
https://sfethics.org/ethics/2009/03/executive-directors-report-march-09-2009.html