At its meeting on March 9, 2009, the San Francisco Ethics Commission took the following actions:

At its meeting on March 9, 2009, the San Francisco Ethics Commission took the following actions:

Note:  The above changes will not go into effect until the Commission completes its discussion of all the proposed changes and the Board of Supervisors has considered and approved them.  The Commission will continue its consideration of the remaining staff amendments at its April 13, 2009 meeting. 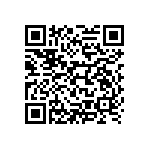 Scan the QR code with a mobile device camera to access the latest version of this document online:
https://sfethics.org/ethics/2009/03/meeting-summaries-march-10-2009.html