May 11, 2009
EXECUTIVE DIRECTOR’S REPORT
TO THE SAN FRANCISCO ETHICS COMMISSION
For the Meeting of May 11, 2009

1.   FY 09-10 Budget.
As reported previously, all City departments have been instructed to submit a budget with a 25 percent cut from current year levels.  If a 25 percent cut is mandated, the Commission will be looking at a cut of $401, 400.  Based on the Commission’s instructions, staff has instead submitted a budget based on FY 08-09 figures.  The Mayor’s general fund budget is expected June 1.

At the April 28, 2009 meeting of the Board of Supervisors, Supervisor Campos requested that there be a hearing regarding the “Ethics Commission Priorities” for the coming year.  The Rules Committee apparently plans to hold such a hearing in response to this request.  This is not the same as the scheduled budget hearings; Ethics is scheduled to appear before the BOS Budget and Finance Committee on June 18 and 25.    The request for the special hearing did not come from the Ethics Commission.

2.  Investigation and enforcement program.
Since its last regular meeting on April 13, 2009, the Commission has received no new complaints.  There are currently 18 complaints pending in the Commission’s jurisdiction.

3.   Campaign finance disclosure program.
a. Filing deadline.  The last filing deadline occurred on April 30, 2009 for Quarterly statements, which covers the reporting period January 1, 2009 through March 31, 2009.  Only two committees were required to have reported for this period.  Both committees have filed their statements on time.  The next filing deadline is July 31, 2009 for the First Semi-Annual statements, which covers the reporting period beginning the day after the closing date of the last statement filed, or January 1, 2009 through June 30, 2009.

The $44,410 amount is based on prior assessments as follows:

To date, the outstanding balance of late fees assessed from the current and previous years, including $72,281 in fees that have been referred to the Bureau of Delinquent Revenues, is $179,815, down from $191,572 as last reported.  Staff continues to receive and process requests for waiver of late fees.

The current outstanding balance of contribution forfeitures assessed as a result of the defective reporting of contributor information and contribution limit violations is $71,518, up from $44,518 as last reported.  The $71,518 amount consists of forfeitures from the 2005-2006 filing periods and does not include forfeiture assessments from the 2008 filing period.  Staff continues to process requests for reversal and waiver for most of the $71,518 amount of forfeitures.  The individual late fees and forfeitures are listed below.

5.  Public financing/Campaign finance audit program.
Staff is completing the 2007 audits and also working on audits of candidates who received public financing in 2008.  Staff has also completed the 2008 Report on San Francisco’s Limited Public Financing Program, which will be considered by the Commission at the May 11 meeting.

7.  Campaign Consultant program.
As of May 5, 2009, nineteen campaign consultants are active and registered with the Commission.  In the 2008-2009 fiscal year, $19,822 in registration fees and $50 in fines have been collected, for a total of $19,872.  The next quarterly report is due on Monday, June 15, 2009.  Staff will send reminder notices to all active campaign consultants two weeks prior to the deadline.

8. Statements of Economic Interests.
April 1 was the deadline for designated officers and employees to file their annual Statement of Economic Interests (“SEIs”).  Staff continues to process incoming SEIs and Sunshine Ordinance Declarations, by logging them into a database and scanning them for upload to the Commission’s website.  A list of filers is viewable on the Commission’s website.

The following table reflects annual statements filed as of May 6, 2009.

9.  Outreach and Education.
On April 28, 2009, staff met with Elena Panfilova, Director of the Center for Anti-Corruption Research and Initiatives, Transparency International – Russia.  Ms. Panfilova, an expert in anti-corruption in transitional economies who works to develop and encourage an engaged citizenry to promote the rule of law within Russia, is an Eisenhower Fellow traveling in the U.S. to visit with governmental agencies to learn about systems that have advanced anti-corruption efforts.

On Friday, April 24, 2009 the Ethics Commission held a joint hearing with the Sunshine Ordinance Task Force to discuss issues of mutual concern, particularly referrals to the Ethics Commission from the SOTF.  Staff is working on follow-up research and will provide proposals in response.  It is possible that there will be a follow-up hearing.

Ethics staff continues to provide trainings on conflict of interest laws and the Statements of Incompatible Activities (SIA) to City departments.  Recent trainings have included the Board of Supervisors, General Services Agency, and the Port of San Francisco.  The following trainings are the currently scheduled for 2009: 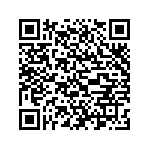 Scan the QR code with a mobile device camera to access the latest version of this document online:
https://sfethics.org/ethics/2009/05/executive-directors-report-may-11-2009.html