EXECUTIVE DIRECTOR’S REPORT
TO THE SAN FRANCISCO ETHICS COMMISSION
For the Meeting of June 8, 2009

2.  Investigation and enforcement program.
Since its last regular meeting on May 11, 2009, the Commission has received one new complaint.  There are currently 14 complaints pending in the Commission’s jurisdiction.

3.   Campaign finance disclosure program.
a. Filing deadline.  The last filing deadline occurred on April 30, 2009 for Quarterly statements, which covers the reporting period January 1, 2009 through March 31, 2009.  Only two committees were required to have reported for this period.  Both committees have filed their statements on time.  The next filing deadline is July 31, 2009 for the First Semi-Annual statements, which covers the reporting period beginning the day after the closing date of the last statement filed, or January 1, 2009 through June 30, 2009.

The $46,399 amount is based on prior assessments as follows:

To date, the outstanding balance of late fees assessed from the current and previous years, including $72,281 in fees that have been referred to the Bureau of Delinquent Revenues, is $218,168, up from $179,815 as last reported.  Staff continues to receive and process requests for waiver of late fees.

The current outstanding balance of contribution forfeitures assessed as a result of the defective reporting of contributor information and contribution limit violations is $71,518, as last reported.  The $71,518 amount consists of forfeitures from the 2005-2006 filing periods and does not include forfeiture assessments from the 2008 filing period.  Staff continues to process requests for reversal and waiver for most of the $71,518 amount of forfeitures.  For most of these requests, the Fines Collection Officer’s recommendations were provided in November.

7.  Campaign Consultant program.
As of June 1, 2009, 20 campaign consultants are active and registered with the Commission.  In the 2008-2009 fiscal year, $20,322 in registration fees and $50 in fines have been collected, for a total of $20,372.  The next quarterly report is due on Monday, June 15, 2009.  Staff has mailed reminder notices regarding the quarterly report deadline to all active campaign consultants.

8. Statements of Economic Interests.
April 1 was the deadline for designated officers and employees to file their annual Statement of Economic Interests (“SEIs”).  Staff continues to process incoming SEIs and Sunshine Ordinance Declarations, by logging them into a database and scanning them for upload to the Commission’s website.  A list of filers is viewable on the Commission’s website.

The following table reflects annual statements filed as of June 3, 2009.

Upon review, the total number of filers dropped from 696 to 690 because five filers initially included in the total count hold a designated position that is not required to file with the Ethics Commission and one filer was entered twice as a duplicate entry in the system.

Enforcement staff continues to audit departments for SEI filing compliance.  Since the Commission’s last meeting, staff has audited the following departments, each of which had a 100% compliance rate:  1) Treasurer and Tax Collector; 2) S.F. Unified School District; 3) Port Commission; and 4) Children and Families First Commission.  The Department of Adult and Aging Services was not in full compliance for 2007 SEI filings.  Enforcement staff is in the process of notifying the individuals who failed to file 2007 statements.

9.  Outreach and Education.
Ethics staff continues to provide trainings on conflict of interest laws and the Statements of Incompatible Activities (SIA) to City departments.  The following trainings are currently scheduled for 2009: 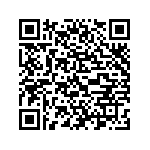 Scan the QR code with a mobile device camera to access the latest version of this document online:
https://sfethics.org/ethics/2009/06/executive-directors-report-june-8-2009.html