EXECUTIVE DIRECTOR’S REPORT
TO THE SAN FRANCISCO ETHICS COMMISSION
For the Meeting of July 13, 2009

As reported previously, the Mayor’s budget released June 1 provided $4,211,566 in Fiscal Year 2009-2010 for the Ethics Commission, which is a four percent increase over the past year’s budget of $4,031,106.  The Budget Analyst recommended a cut of $5,700, which the Budget and Finance Committee adopted and which will be taken out of the Commission’s supplies budget.  At the July 13, 2009 meeting, I will provide a recap of our budget and discuss the Election Campaign Fund.

Since its last regular meeting on June 8, 2009, the Commission has received two new complaints.  There are currently 16 complaints pending in the Commission’s jurisdiction.

a. Filing deadline.  The next filing deadline is July 31, 2009 for the First Semi-Annual statements, which covers the reporting period beginning the day after the closing date of the last statement filed, or January 1, 2009 through June 30, 2009.  Staff sent a courtesy notice to filers to remind them of the upcoming filing deadline and to inform them about recent updates to FPPC rules and regulations.  Staff has scheduled electronic filing clinics for SFEDS users who wish to have assistance with submitting their campaign statements electronically.  These electronic filing clinics will be held on July 15, 16, and 21 at 12 noon and 4 p.m.  Candidates, treasurers, and/or other committee representatives may use the Commission’s computers to prepare their campaign statements during these scheduled clinics or at any other time during office hours.

The $1,440 amount is based on prior assessments as follows:

To date, the outstanding balance of late fees assessed from the current and previous years, including $72,281 in fees that have been referred to the Bureau of Delinquent Revenues, is $214,839, down from $218,168 as last reported.

Staff is working on audits of candidates who received public financing in 2008.  Staff is also preparing candidate and recipient committee training materials for the 2009 election season.

As of July 7, 2009, twenty campaign consultants are active and registered with the Commission.  In the 2008-2009 fiscal year, $20,722 in registration fees and $50 in fines were collected, for a total of $20,772.  The deadline for the second quarter 2009 report was June 15, 2009.  All active campaign consultants filed quarterly reports; one consultant filed late.  The quarterly report summary and press release have been posted to the Commission’s website.

The next quarterly report is due September 15, 2009.  Staff will send reminder notices to all active campaign consultants two weeks prior to the deadline.

The following table reflects annual statements filed as of July 8, 2009.

Upon review, the total number of filers dropped from 690 to 629 because staff determined that 61 annual filers left office in 2008 or earlier and are required to file Leaving Office SEIs instead of Annual SEIs.

Enforcement staff continues to audit departments for SEI filing compliance.  Since the Commission’s last meeting, staff has audited the following departments, each of which had a 100% compliance rate:  1) Department of Public Works; and 2) Local Agency Formation Commission.  Staff has completed approximately 80 percent of the 2007 calendar year audits.  For the 2008 SEIs, which were due April 1, 2009, staff is in the process of auditing the 60 departments and commissions for SEI filing compliance.

The Commission has a new web site and address at https://www.sfethics.org.  The new web site offers the following changes, improvements, and technology upgrades:

In response to a May 26, 2009 memo to all departments, boards and commissions requesting that they provide copies of advance written determinations (AWDs) and summaries of complaints filed under the respective Statements of Incompatible Activities, the Commission received 17 replies.  No complaints were reported; nine AWDs were reported, with disposition as follows: 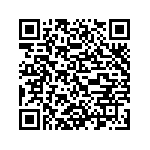 Scan the QR code with a mobile device camera to access the latest version of this document online:
https://sfethics.org/ethics/2009/07/executive-directors-report-july-13-2009.html