EXECUTIVE DIRECTOR’S REPORT
TO THE SAN FRANCISCO ETHICS COMMISSION
For the Meeting of August 10, 2009

The final numbers for the Ethics Commission for this year appear to be an overall budget of $4,025,406, which includes the operating budget and the annual contribution to the Election Campaign Fund.  The operating budget portion is $2,277,668.  This is slightly more than a 3% increase over last year.  Please note that these numbers are based on office calculations; the final printed budget numbers may be slightly different.

During final consideration of the budget, the Board of Supervisors took two actions that impacted the balance of the Public Finance Fund.  First, they restored $1,283,858 of the funds that had previously been de-appropriated by the Mayor’s office.  Next, they placed $1,043,160 of funding into a reserve, which can be used either by the Public Finance Fund or by the City’s Convention Facilities managers (either would require a supplemental appropriation).  The Mayor signed the budget on Tuesday, August 04, 2009.

Since its last regular meeting on July 13, 2009, the Commission has received zero new complaints.  There are currently 13 complaints pending in the Commission’s jurisdiction.  Staff member Paul Solis has accepted a position as Investigative Counsel with the Office of Congressional Ethics in Washington, D.C. and he will be leaving the Commission in August.  Mr. Solis has been a dedicated and diligent colleague, and we wish him the very best.

a. Filing deadline.  The most recent filing deadline was July 31, 2009 for the First Semi-Annual statements, which covers the reporting period beginning the day after the closing date of the last statement filed, or January 1, 2009 through June 30, 2009.  Staff sent a courtesy notice, as well made phone calls, to filers to remind them of the upcoming filing deadline and to inform them about recent updates to FPPC rules and regulations.

Staff has conducted an initial analysis of campaign finance filings received for this deadline.  As of August 4, staff has identified 24 filers who have not yet turned in their required statements.  The analysis showed that from July 1 through August 4, the Commission received 410 campaign finance filings (141 electronic filings and 269 paper filings). Staff continues to process campaign statements.  The next filing deadline is September 24, 2009 for the First Pre-Election statement.

The $3,038 amount is based on prior assessments as follows:

To date, the outstanding balance of late fees assessed from the current and previous years, including $72,281 in fees that have been referred to the Bureau of Delinquent Revenues, is $214,097, down from $214,839 as last reported.

Staff is working on audits of candidates who received public financing in 2008.  Staff is also preparing candidate and recipient committee training materials for the 2009 election season.

Lobbyists on Behalf of the City

The San Francisco Sunshine Ordinance, S.F. Admin. Code Section 67.29-4, requires lobbyists who contract for economic consideration with the City to represent the City in matters before any local, regional, state or federal administrative or legislative body to file quarterly activity reports with the Ethics Commission.  These persons and entities are referred to as "Lobbyists on Behalf of the City."  Section 67.29-4 does not provide for any fine or monetary penalty for non-filers.

Staff discovered that no lobbyist had filed a report with the Commission since the first quarter of 2005.  Staff contacted the lobbyist currently contracted by the Mayor’s Office to advise them of their reporting requirements.  Staff requested that the lobbyist complete all retrospective filings to bring them into compliance with the law.  The lobbyist was unaware of the Sunshine Ordinance requirement but expressed willingness to fully comply with law.  All filings will be due at the Commission by 5.00 p.m., August 17, 2009, which is the next filing deadline.  The lobbyist has filed all State and Federal reports that are required by law.

Staff responsible for the oversight of the regular lobbyist program will administer this program.  Further, staff requested that all other City departments advise the Commission if they independently contract with a lobbyist.

As of August 4, 2009, twenty-one campaign consultants are active and registered with the Commission.  $650 in registration fees have been collected in the 2009-2010 fiscal year.

The next quarterly report is due September 15, 2009.  Staff will send reminder notices to all active campaign consultants two weeks prior to the deadline.

The following table reflects annual statements filed as of August 4, 2009.

Upon review, the total number of filers dropped from 690 to 621 because staff determined that 69 annual filers left office in 2008 or earlier and are required to file Leaving Office SEIs instead of Annual SEIs.

On July 17 and 28, 2009, staff held interested persons meetings on possible changes to the Campaign Finance Reform Ordinance.  The Commission will consider the proposals at its August 10, 2009 meeting.

In response to both the May 26, 2009 and July 10, 2009 memos to all departments, boards and commissions requesting that they provide copies of advance written determinations (AWDs) and summaries of complaints filed under the 53 respective Statements of Incompatible Activities, the Commission received 47 replies.  No complaints were reported; 36 AWDs were reported, with disposition as follows: 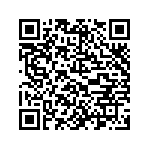 Scan the QR code with a mobile device camera to access the latest version of this document online:
https://sfethics.org/ethics/2009/08/executive-directors-report-august-10-2009.html