The San Francisco Ethics Commission has released a summary of activities reported by 43 lobbyists filing with the City and County of San Francisco for the Second Quarter lobbyist disclosure period covering April 1, 2009 through June 30, 2009.

The report summarizes payments promised by or received from clients of contract lobbyists, businesses and organizations, and expenditure lobbyists for the purpose of influencing local legislative or administrative action.  In addition, the report details lobbyist activity expenses, political contributions, and gift tickets or admissions given to City officials, City contracts awarded during the reporting period, payments received in exchange for providing campaign consulting services, and employment of City officers or employees.  Individual lobbyist activity reports containing other information are available at the Ethics Commission office at 25 Van Ness Avenue, Suite 220, on weekdays from 8:00 a.m. to 5:00 p.m.  The summary report is also available at the Commission’s website https://www.sfethics.org, or at the Ethics Commission office.

2. Payments Made by Business and Organization and Expenditure Lobbyists

Business and organization and expenditure lobbyists reported spending a total of $452,916.69 during the second quarter to influence local legislative and administrative action.  The business and organization and expenditure lobbyists that made the largest total payments were:  San Francisco Association of Realtors, $33,063.40; AT&T (Pacific Telesis & Subsidiaries), $52,801.28; and San Francisco Firefighters Local 798, $291,490.85. 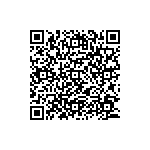 Scan the QR code with a mobile device camera to access the latest version of this document online:
https://sfethics.org/ethics/2009/08/press-release-august-3-2009-ethics-commission-releases-second-quarter-2009-report-on-lobbyist-activi.html