EXECUTIVE DIRECTOR’S REPORT
TO THE SAN FRANCISCO ETHICS COMMISSION
For the Meeting of September 14, 2009

Since its last regular meeting on August 10, 2009, the Commission has received two new complaints.  There are currently 15 complaints pending in the Commission’s jurisdiction.

a. Filing deadline.  The most recent filing deadline was July 31, 2009 for the First Semi-Annual statements, which covers the reporting period beginning the day after the closing date of the last statement filed, or January 1, 2009 through June 30, 2009.  On August 11, staff sent eleven “Non-Specific Written Notices” to filers who did not file.  Then, on August 25, staff sent five “Second Non-Specific Written Notices” to filers who were still delinquent in filing campaign statements.  These filers were then posted to the Commission’s Non-Responsive Filers (NR) List.  As of September 8, two filers have not submitted their required campaign statements and remain on the NR List.

Staff has conducted an initial analysis of campaign finance filings received for this deadline.  The analysis showed that as of September 8, the Commission received 326 campaign finance filings (130 electronic filings and 196 paper filings). Staff entered, scanned and posted these campaign statements to the Commission’s online database.  The next filing deadline is September 24, 2009 for the First Pre-Election statement.
Several candidates have already expressed an interest in running for office in November 2010.  Staff has been conducting outreach for such potential candidates.  Outreach to potential candidates includes contacting and setting up a one-on-one appointment with staff to discuss campaign finance processes and requirements.  The purpose of this outreach is to inform first-time candidates and treasurers of their filing obligations prior to them engaging in campaign finance activity.

The $3,519 amount is based on prior assessments as follows:

To date, the outstanding balance of late fees assessed from the current and previous years, including $75,251 in fees that have been referred to the Bureau of Delinquent Revenues, is $219,739, up from $214,097 as last reported.

Revenues Received as of September 8, 2009

Staff is working on audits of candidates who received public financing in 2008.  Staff has identified treasurers of candidate and non-candidate committees who need training for the 2009 election season and is in the process of providing the trainings.

As of September 8, 2009, twenty-four campaign consultants are active and registered with the Commission.  $2,550 in registration fees have been collected in the 2009-2010 fiscal year.  The next quarterly report is due Tuesday, September 15, 2009.  Staff mailed reminder notices to all active campaign consultants two weeks prior to the deadline.

The following table reflects annual statements filed as of September 8, 2009.

On August 24, 2009, staff met with a delegation of representatives from Shaanxi Province, People’s Republic of China.  The delegation sought to learn about promoting the highest standards of ethical behavior in government; new laws, rules and programs that will lead to ethics compliance; and ethics education and training. 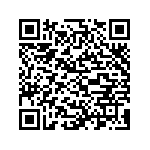 Scan the QR code with a mobile device camera to access the latest version of this document online:
https://sfethics.org/ethics/2009/09/executive-directors-report-september-14-2009.html