EXECUTIVE DIRECTOR’S REPORT
TO THE SAN FRANCISCO ETHICS COMMISSION
For the Meeting of October 19, 2009

As I mentioned at last month’s meeting, the budget cutbacks mean that the Commission will be losing one of its permanent staff positions effective November 16, 2009.  In addition, due to civil service bumping rules, two members of our staff will also lose their jobs on November 16.  Combined with the changes in our enforcement and audit divisions, we will be working with several new staff in the coming months.  Given that the work that the Commission is complex and myriad, the learning curve will be steep and it may take several months before our staff will be able to function as smoothly as we’ve become accustomed.

Since its last regular meeting on September 14, 2009, the Commission has received zero new complaints.  There are currently 13 complaints pending in the Commission’s jurisdiction.

a. Filing deadline.  The next filing deadline is October 22, 2009 for the Second Pre-Election statement, which covers the reporting period beginning the day after the closing date of the last statement filed, or January 1, 2009 through October 17, 2009.  Several candidates have already expressed an interest in running for office in November 2010.  Staff has been conducting outreach for such potential candidates.  Outreach to potential candidates includes contacting and setting up a one-on-one appointment with the candidate and/or his or her treasurer to discuss campaign finance processes and requirements.  The purpose of this outreach is to inform first-time candidates and treasurers of their filing obligations prior to them engaging in campaign finance activity.

The $4,291 amount is based on prior assessments as follows:

To date, the outstanding balance of late fees assessed from the current and previous years, including $75,251 in fees that have been referred to the Bureau of Delinquent Revenues, is $218,957, down from $219,739 as last reported.

Staff is working on audits of candidates who received public financing in 2008.  Staff has provided training to candidates and treasurers involved in the 2009 election.

The next filing deadline for lobbyists on behalf of the City is November 15, 2009, for the third quarter 2009 reporting period.

The following table reflects annual statements filed as of October 13, 2009.

On Thursday, October 8, 2009, staff met with a delegation from the Republic of Moldova, a landlocked Eastern European country located between the Ukraine and Romania.  The group, sponsored by the Institute of International Education, was interested in obtaining information about local governments.

On Tuesday, September 22, and Friday, September 25, 2009, staff conducted a Training for Treasurers of Non-Candidate Recipient Committees who were interested in fulfilling the training requirement under the Campaign Finance Reform Ordinance.  The Training for Treasurers of Non-Candidate Recipient Committees covers campaign finance requirements for treasurers and representatives of general purpose committees, ballot measure committees, and primarily formed candidate committees.  The training fulfills a requirement that new and existing treasurers—and assistant treasurers who sign and verify campaign statements—attend a training conducted by the Ethics Commission after filing an original or amended Statement of Organization designating a new treasurer.  (See S.F. Campaign and Governmental Conduct § 1.107.)

Ethics staff continues to offer trainings on conflict of interest laws and the Statements of Incompatible Activities (SIA) to City departments.

In addition to in person trainings, the staff has produced and posted the various web trainings on the Ethics Commission website under “Education.”  The following are trainings that are currently available on the website: 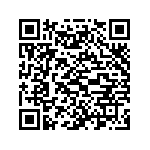 Scan the QR code with a mobile device camera to access the latest version of this document online:
https://sfethics.org/ethics/2009/10/executive-directors-report-october-19-2009.html