EXECUTIVE DIRECTOR’S REPORT
TO THE SAN FRANCISCO ETHICS COMMISSION
For the Meeting of December 14, 2009

The City has asked for mid-year cuts of $85,205 from the Ethics Commission for this fiscal year; the Commission submitted these cuts on December 5.  In addition, the City has forecasted a $522 million general fund deficit for the next fiscal year.  Budget instructions provide that departments identify a 20 percent cut in their budgets and an additional 10 percent contingency cut.  For the Commission, this translates to a $431,322 cut, and an additional $215,661 contingency cut, for a possible total of $646,983 in cuts for Fiscal Year 2010-2011.  The Commission’s proposed budget for FY 10-11 will likely be due on February 1, 2010.

Since its last regular meeting on November 9, 2009, the Commission has received no new complaints.  There are currently 11 complaints pending in the Commission’s jurisdiction.

a. Filing deadline.  The next filing deadline is February 1, 2010 for the Second Semi-Annual statement, which covers the reporting period beginning the day after the closing date of the last statement filed.  If a person has not filed a campaign disclosure report in 2009, the reporting period is January 1, 2009 through December 31, 2009.  Several candidates have already expressed an interest in running for office in November 2010.  Staff has been conducting outreach for such potential candidates.  Outreach to potential candidates includes contacting and setting up a one-on-one appointment with the candidate and/or his or her treasurer to discuss campaign finance processes and requirements.  The purpose of this outreach is to inform first-time candidates and treasurers of their filing obligations prior to them engaging in campaign finance activity. As of December 4, the Campaign Finance Officer has met with 12 potential candidates for the November 2, 2010 election.

The Ethics Commission will hold required candidate trainings for the November 2, 2010 election starting January 12, 2010.  A notice about the training dates has been emailed and mailed to all potential candidates.  A list of training dates is available on the Commission’s website.

Staff is providing training to new staff who joined the Commission as a result of recent City-wide bumping.

The $32,490 amount is based on prior assessments as follows:

To date, the outstanding balance of late fees assessed from the current and previous years, including $68,501 in fees that have been referred to the Bureau of Delinquent Revenues, is $136,931, down from $160,049 as last reported.

Revenues Received as of December 8, 2009

Staff is working on audits of candidates who received public financing in 2008.  In order to incorporate recent changes to CFRO, staff is updating forms and manuals for the November 2010 election.

Enforcement staff continues to audit departments for SEI filing compliance for 2007 and 2008.  Staff is also reviewing all SEIs filed with the Commission.

On November 6, 2009, staff met with a delegation of 20 members from the China Ninxia Public Administration Training Group.  The delegation was hosted by the U.S. – China Exchange Council, a California non-profit that has exchanged delegates between the U.S. and China for education and friendship development purposes.  The group was interested in discussing the work of the Ethics Commission, conflicts of interest, government integrity and the prevention of corruption.

On November 24, staff met with a delegation of 15 members of the China Academy of Social Science Training Group, which was also hosted by the U.S. – China Exchange Council.

On December 4, staff facilitated a Governmental Ethics and Statements of Incompatible Activities (SIA) Training to the Department of Children, Youth, and Their Families.  Despite recent staffing changes, the Ethics Commission will continue to offer the SIA Trainings.  The Ethics Training for City Employees, SIA Training, and Statement of Economic Interests (SEI) Training will be offered online.

The following Trainings will be posted on the website in 2010: 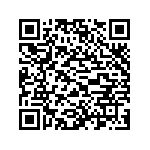 Scan the QR code with a mobile device camera to access the latest version of this document online:
https://sfethics.org/ethics/2009/12/executive-directors-report-december-14-2009.html