EXECUTIVE DIRECTOR’S REPORT
TO THE SAN FRANCISCO ETHICS COMMISSION
For the Meeting of February 8, 2010

As mentioned previously, the City has forecasted a $522 million general fund deficit for the next fiscal year.  All departments have been instructed to identify a 20 percent cut in their budgets and an additional 10 percent contingency cut.  For the Commission, this translates to a $431,322 cut, and an additional $215,661 contingency cut, for a possible total of $646,983 in cuts for Fiscal Year 2010-2011.  Staff has met with the Mayor’s Office and will submit a budget by February 22.  The budget will reflect the instructions approved by the Commission at its December 2009 meeting.

Since its last regular meeting on December 14, 2009, the Commission has received two new complaints.  There are currently 13 complaints pending in the Commission’s jurisdiction.

a. Filing deadline.  The most recent filing deadline was February 1, 2010 for the Second Semi-Annual statement, which covers the reporting period ending December 31, 2009.  As of February 2, there are 29 filers who have not filed their required campaign statements.  However, staff continues to receive paper statements in the mail.

The Ethics Commission has begun to conduct candidate trainings for the November 2, 2010 election.  The next training will be on May 12, 2010.  A notice about the training dates has been emailed and mailed to all potential candidates.  A list of training dates is available on the Commission’s website.

Staff continues to provide training to new staff who joined the Commission as a result of recent City-wide bumping.

The $43,047 amount is based on prior assessments as follows:

To date, the outstanding balance of late fees assessed from the current and previous years, including $64,876 in fees that have been referred to the Bureau of Delinquent Revenues, is $202,582, up from $136,931 as last reported.

Revenues Received as of February 2, 2010

Staff conducted a workshop in January for candidates running for office in November 2010. Approximately 40 candidates, treasurers and other interested persons attended the workshop.  Staff continues to provide outreach to candidates and their representatives through email notices.

Staff is also preparing for the June 2010 election.  Staff has prepared material for a workshop to be held in early March for candidates running for county central committee seats in June 2010.

As of January 1, 2010, individuals who meet the lobbyist definition under the new Ordinance are required to register and submit reports on a monthly basis, with the first report due by February 15, 2010, covering the period January 1-31, 2010.  As of now, 11 individuals have completed their registration; the registrations of another 25 are in process.  Lobbyists will be required to submit reports electronically on the 15th of each month.  The Commission and Netfile activated the new lobbyist electronic filing system on January 4, 2010.

As of February 2, 2010, 24 campaign consultants are active and registered with the Commission.  The annual re-registration deadline was on Monday, January 4, 2010.  Two consultants filed one day late; all others filed on time.  Two consultants have failed to re-register or terminate.  $11,450 in registration fees and $100 in late fines have been collected in the 2009-2010 fiscal year.

The next quarterly report is due March 15, 2010.  Staff will send reminder notices to the campaign consultants two weeks prior to the deadline.

April 1 is the deadline for designated officers and employees to file their annual Statement of Economic Interests (“SEIs”).  Staff has issued notices to department heads and commission secretaries about their filing officer duties.  Staff will be giving trainings on the SEI, the first of which is tentatively planned for February  23 in Room 421 City Hall.   April 1 is also the deadline for department heads and members of boards and commissions to file their annual Sunshine Ordinance declaration.

On Tuesday, March 2, 2010, at 5:30 p.m., the City Attorney’s Office will be providing a Sunshine Ordinance/ethics training workshop at the Koret Auditorium in the Main Library (100 Larkin and Grove).  Attendance at the event will satisfy the annual Sunshine training requirement as well as the biannual AB1234 ethics training requirement.  Commission staff will provide forms for attendees to fill out.

On January 25, staff facilitated a Interested Persons Meeting to address follow up questions from the Lobbyist Ordinance Training.

The Ethics Commission will continue to offer trainings on Statements of Incompatible Activities to City departments, the latest of which occurred on December 4.

The following web trainings will be posted on the website in 2010:

[2] This table does not include forfeitures assessed from the 2008 reporting period. 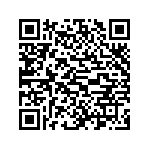 Scan the QR code with a mobile device camera to access the latest version of this document online:
https://sfethics.org/ethics/2010/02/executive-directors-report-february-8-2010.html