EXECUTIVE DIRECTOR’S REPORT
TO THE SAN FRANCISCO ETHICS COMMISSION
For the Meeting of March 8, 2010

Staff has been incredibly busy these past few months because of staffing changes, the filing of the semi-annual campaign finance disclosure reports, the launching of the public financing program and new lobbyist disclosure program, and preparation for the new round of ethics filings due on April 1.  Overall, staff has done a great job, resulting in third parties taking the time to remark on staff’s responsiveness and thoroughness of work.  One example of such comments came from a candidate for the DCCC who contacted me to let me know that Jarrod Flores “went above and beyond any call or expectation of service…He step-by-step helped me avoid mistakes, account for confusions, and overcome my own ignorance over some issues…I am stunned with how highly helpful and professional Mr. Flores was.”  In another instance, the Department of Human Resources recently wrote “At the 2/1/10 CSC (Civil Service Commission) meeting Commissioner Casper praised your Department’s PSC summary for its thoroughness and clarity.”  (The PSC summary, written by Steven Massey, pertained to the extension of the Netfile contract.)  The DHR representative asked if DHR could use our PSC summary package “as an example for other City departments that are still learning the process.”  Such feedback acknowledges the conscientious and diligent efforts of our staff.

Since its last regular meeting on December 14, 2009, the Commission has received five new complaints.  There are currently 14 complaints in the Commission’s jurisdiction.

a. Filing deadline.  The most recent filing deadline was February 1, 2010 for the Second Semi-Annual statement, which covers the reporting period ending December 31, 2009.  On February 24, staff sent out eight Non-Specific Written Notices to candidates/committees who had not filed required campaign statements.  As of March 1, six candidate/committees still have not filed their required statements.  These six candidates/committees have been posted to the Non-Responsive Filers List, which can be found on the Commission’s website.

The Ethics Commission has begun to conduct candidate trainings for the November 2, 2010 election.  The next training will be on May 12, 2010.  A notice about the training dates has been emailed and mailed to all potential candidates.  A list of training dates is available on the Commission’s website.  Staff will also hold a candidate’s training on March 3, 2010 for the June 8, 2010 election.  This training is only for candidates for the County Central Committee and is not mandatory.

Staff continues to provide training to new staff who joined the Commission as a result of recent City-wide bumping.

The $43,612 amount is based on prior assessments as follows:

To date, the outstanding balance of late fees assessed from the current and previous years, including $54,626 in fees that have been referred to the Bureau of Delinquent Revenues, is $192,047, down from $202,582 as last reported.

The first day on which candidates for the Board of Supervisors could submit an application for public funds was February 2.  As of March 2, four candidates have been certified as eligible to receive public funds and one candidate’s application is under review.

Staff will conduct a workshop on March 3 for candidates running for county central committee seats in June 2010.

Lobbyists are now required to submit reports electronically on the 15th of each month.  The Commission and Netfile activated the new lobbyist electronic filing system on January 4, 2010.

Prior to the February 15, 2010 deadline for the January 2010 reporting period, staff met with or conducted telephone meetings with 14 individual lobbyists to ensure they understood how to use the filing system.  To date, eight registered lobbyists have not filed their reports for January 2010.  This was due to lobbyists that needed additional assistance with the new system.  Staff has contacted those lobbyists and is working to help them complete their filings.

On March 3, 2010, the Commission released a web site for the public to view the monthly lobbyist reports.  The web site includes a directory of lobbyists, firms, clients, and contacted public officials.  It also allows the public to search lobbyist activity, including political contributions, contacts of public officials, payments promised by clients and activity expenses.  The web site will be updated every month as lobbyists file disclosure reports.

As of February 26, 2010, twenty-six campaign consultants are active and registered with the Commission.  The annual re-registration deadline was on Monday, January 4, 2010.  Two consultants filed one day late; all others filed on time.  $11,900 in registration fees and $100 in late fines have been collected in the 2009-2010 fiscal year.

The next quarterly report is due March 15, 2010.  Staff will send reminder notices to the campaign consultants two weeks prior to the deadline.

April 1 is the deadline for designated officers and employees to file their annual Statement of Economic Interests (“SEIs”).  Staff has issued notices to department heads and commission secretaries about their filing officer duties.  On February 23, staff provided a training on the SEI.  April 1 is also the deadline for department heads and members of boards and commissions to file their annual Sunshine Ordinance declaration.

On Tuesday, March 2, 2010, at 5:0 p.m., the City Attorney’s Office, in conjunction with the Commission, provided a Sunshine Ordinance/ethics training workshop at the Koret Auditorium in the Main Library.  Attendance at the event satisfied the annual Sunshine training requirement as well as the biannual AB1234 ethics training requirement.  Commission staff provided forms for attendees to fill out.

The Ethics Commission will continue to offer trainings on Statements of Incompatible Activities to City departments.  On February 23, staff facilitated an SEI Related Duties Training for filers and filing officers.  The presentation discussed the SEI, Sunshine Ordinance Declaration, Certificate of Ethics Training, Certification of Delivery, and Filing Officer Report.

The following web trainings will be posted on the website in 2010:

On March 2, 2010, I participated in a live Sunshine/Ethics training for City officers.  A recorded version of this presentation will be available for online viewing in the near future for anyone required to receive the training who could not attend the live version.

[1] BDR entered into a settlement agreement with this filer and cancelled the balance.

[2] BDR entered into a settlement agreement with this filer and cancelled the balance. 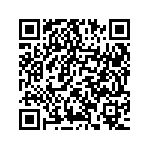 Scan the QR code with a mobile device camera to access the latest version of this document online:
https://sfethics.org/ethics/2010/03/executive-directors-report-march-8-2010.html