EXECUTIVE DIRECTOR’S REPORT
TO THE SAN FRANCISCO ETHICS COMMISSION
For the Meeting of April 12, 2010

As of this writing, tentative agreements have been reached between the Mayor and a coalition of City labor leaders regarding layoffs of City employees.  The layoff date has been extended to June 11, 2010.  Once the tentative agreements are finalized, employees of each union must vote to ratify the agreement, which may take several weeks.

In addition, the Mayor has announced additional budget reduction targets for departments.  The Commission has been requested to make an additional $11,500 in cuts.

a. Filing deadline.  The most recent filing deadline occurred on March 22, 2010 for the First Pre-Election statement, which covers through the reporting period ending March 17, 2010.  On April 6, staff sent out Second Non-Specific Written Notices (second notice of delinquent filing) to seven candidates/committees who did not file required campaign statements by the March 22 deadline.  These seven candidates/committees have been posted to the Non-Responsive Filers List, which can be found on the Commission’s website.

The $53,963 amount is based on prior assessments as follows:

To date, the outstanding balance of late fees assessed from the current and previous years, including $54,626 in fees that have been referred to the Bureau of Delinquent Revenues, is $200,131, up from $192,047 as last reported.

Staff continues to review applications for public funds.  As of April 5, the Commission disbursed a total of $97,840 in public funds to five eligible candidates.  Staff is also working on completing audits of candidates who received public funding for the November 2008 election.

As of April 7, 2010, twenty-seven campaign consultants are active and registered with the Commission.   $14,100 in registration fees and $850 in late fines have been collected in the 2009-2010 fiscal year.  The next quarterly report is due Tuesday, June 15, 2010.  Staff will send reminder notices to the campaign consultants two weeks prior to the deadline.

Reminder notices were sent out on March 29 to Filing Officers notifying them of upcoming SEI-related deadlines such as the annual April 1 deadline for the Statement of Economic Interests (SEIs) and the Sunshine Ordinance Declaration.  On March 29 and April 8, Filing Officers were also notified of their Filing Officer Report deadline.

From March 26 to April 8, approximately 880 SEI-related forms were filed to the Ethics Commission.  Between March 26 and April 6, 337 of the SEI, Sunshine Ordinance Declaration, and Certificate of Ethics Training filings have been entered into the San Francisco Electronic Disclosure System.  Staff continues to work on processing the filings.

The Ethics Commission will continue to offer trainings on Statements of Incompatible Activities to City departments.

On March 15, staff met with a delegation of 23 visitors from the province of Liaoning, China.  The delegation, sponsored by the Triway International Group, discussed ethics issues and investigations.

The Cross Culture Exchange Corporation has asked two members of staff to participate in a four-day training program for approximately 200 employees of the Beijing Municipal Development and Reform Commission and the Beijing Discipline Inspection and Supervision Bureau.  The focus of the training program, which tentatively will take place in June or July, is combating corruption in government. 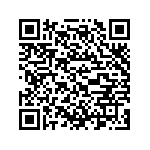 Scan the QR code with a mobile device camera to access the latest version of this document online:
https://sfethics.org/ethics/2010/04/executive-directors-report-april-12-2010.html