EXECUTIVE DIRECTOR’S REPORT
TO THE SAN FRANCISCO ETHICS COMMISSION
For the Meeting of June 14, 2010

The Mayor has issued his budget for FY10-11.  For the Ethics Commission, the operational budget is $2,208,419, which is $38,411 less than the amount we submitted.  The differences result from mandatory furlough days for staff and small cuts in materials and supplies.  The budget also calls for $1,976,494 in the Election Campaign Fund.  As reported previously, the Budget and Finance Committee of the Board of Supervisors has begun hearings on the budget for FY 10-11.  For the Ethics Commission, the first hearing will be on June 16 and the second one will be on June 23.

a. Filing deadline.  The most recent filing deadline occurred on May 27 for the Second Pre-Election statement, which covers through the reporting period ending May 22, 2010.  As of June 7, four candidates/committees are delinquent in filing the Second Pre-Election statement. Staff contacted these candidates/committees by phone in addition to sending them a Non-Specific Written Notice.

Staff continues to answer questions from and conduct outreach to candidates and other committee representatives about campaign finance filing obligations.

The $75,302 amount is based on prior assessments as follows:

The current outstanding balance of contribution forfeitures assessed as a result of the defective reporting of contributor information is $14,714, as last reported.  The $14,714 amount consists of forfeitures from the 2005-2006 filing periods and does not include forfeiture assessments from the 2008 or subsequent filing periods.  Waiver requests or extensions remain pending for the $14,714 amount.
c. Status of accounts to San Francisco Bureau of Delinquent Revenues (BDR).  The following chart provides details on pending accounts referred to BDR:

As of May 7, the Commission disbursed a total of $271,102 in public funds to 11 eligible candidates.  Staff is working on audits of candidates who received public funding for the November 2008 election.

Staff has responded to phone calls and emails that were made in response to the non-filer notification that was sent on May 4, 2010.  Twelve non-filer notices were re-sent due to changes of address.  Staff continues to enter in the SEI-related forms into the San Francisco Electronic Disclosure System. 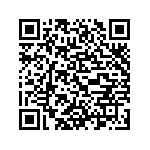 Scan the QR code with a mobile device camera to access the latest version of this document online:
https://sfethics.org/ethics/2010/06/executive-directors-report-june-14-2010.html