EXECUTIVE DIRECTOR’S REPORT
TO THE SAN FRANCISCO ETHICS COMMISSION
For the Meeting of August 9, 2010

a. Filing deadline. The most recent filing deadline occurred on August 2 for the First Semi Annual statement, which covers through the reporting period ending June 30, 2010. Staff continues to receive statements sent by mail on an ongoing basis. Staff will make phone calls and send out Non-Specific Notices.

The next filing deadline is October 5, 2010 for the First Pre-election statement, which covers through the reporting period ending September 30. Staff continues to answer questions from and conduct outreach to candidates and other committee representatives about campaign finance filing obligations.

As of August 4, 2010, 15 candidates for the Board of Supervisors have been certified as eligible to receive public funds. The Commission disbursed a total of $625,659 in public funds to the 15 eligible candidates. Three candidates’ applications for public funding are currently under review.

The next training for candidates is on August 19, 2010. This is the last of four trainings that the Commission scheduled for candidates running for office in November 2010.

As of August 1, 2010, 41 individual lobbyists were registered with the Commission. In FY 10-11, there have been no lobbyist fees collected or fines assessed.

As of August 2, 2010, thirty-one campaign consultants are active and registered with the Commission. $900 in registration fees and $1,050 in late fines have been collected in the 2010-2011 fiscal year. The next quarterly report is due Wednesday, September 15, 2010. Staff will mail reminder notices to all active campaign consultants two weeks prior to the deadline.

On July 27, staff met with Masahiko Gobamtu from Japan, a guest of the Department of State and International Institute of Education, to discuss lobbying/election/campaign laws and the role that the Ethics Commission plays in enforcing them.

On August 2, staff met with a 20-member delegation of English teachers from the Shanaxi Technology and Science University in Xian, China. Currently in San Francisco for English training at the San Francisco State, the delegation paid a visit to our office to learn about the functions of the Ethics Commission.

DHR also expressed interest in having our staff contribute information for future New Employee Orientations (NEO). In response, Ethics Commission staff created a brief informational sheet for new employees which would fit into a ten minute time frame as requested by DHR.

DHR is also in the early stages of developing a comprehensive NEO video which may include governmental ethics, conflicts of interest, Statement of Incompatible Activities, and Statement of Economic Interests information. The Ethics Commission staff created a ten minute slideshow with script that can be added to the NEO video. 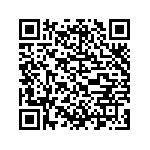 Scan the QR code with a mobile device camera to access the latest version of this document online:
https://sfethics.org/ethics/2010/08/executive-directors-report-august-9-2010.html