EXECUTIVE DIRECTOR’S REPORT
TO THE SAN FRANCISCO ETHICS COMMISSION
For the Meeting of February 14, 2011

As previously reported, the Mayor has provided a budget target to all City departments, which have been asked to submit a savings equal to 10 percent of the department’s base General Fund support (or $213,023 for the Commission) and a 10 percent contingency cut.  The Commission will discuss staff’s proposed budget at the February meeting.

The next filing deadline is August 1, 2011 for the First Semi-Annual statement, which covers the reporting period ending June 30, 2011. Staff continues to answer questions from and conduct outreach to candidates and other committee representatives about campaign finance filing obligations.

Revenues received and deposited as of February 9, 2011:

As of February 9, 2011, 23 campaign consultants are active and registered with the Commission.  $12,650 in registration fees and $2,250 in late fines have been collected during the 2010-2011 fiscal year.  The next campaign consultant quarterly report deadline is Tuesday, March 15, 2011.  Staff will mail and e-mail reminder notices to all active campaign consultants two weeks before the deadline.

The Commission is scheduled to continue its discussion of proposed amendments to the Campaign Consultant Ordinance at its January meeting.

On February 7, 2011, staff sent notification to filing officers to notify filers of filing deadlines for the FPPC Form 700, Sunshine Ordinance Declaration, and the Certificate of Ethics Training.

The Ethics Commission has rescheduled the Filing Officer SEI Training to February 15.  Additional one-on-one trainings will be facilitated on an as needed basis.

Staff continued to engage the FPPC Chairman’s Task Force on the Political Reform Act on a variety of its reform proposals, including making the electronic filing the document of record for campaign finance filings.  This resulted in a recommendation from the Task Force to the FPPC to this effect.  The Task Force proposals in their entirety were presented to the FPPC on January 28, 2011.

The Commission continues to offer trainings on Statements of Incompatible Activities to City departments.  Currently scheduled trainings will be the SIA training for the Medical Examiner’s Office, Commission on the Status of Women, and the Public Utilities Commission. 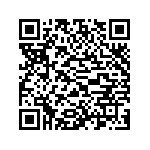 Scan the QR code with a mobile device camera to access the latest version of this document online:
https://sfethics.org/ethics/2011/02/executive-directors-report-february-14-2011.html