EXECUTIVE DIRECTOR’S REPORT
TO THE SAN FRANCISCO ETHICS COMMISSION
For the Meeting of March 14, 2011

The Commission has submitted its budget for FY 2011/12.  As discussed and approved by the Commission at the last meeting, the request is for an operating budget of $2,250,000 and $2,000,000 for the Election Campaign Fund.  The Mayor is expected to submit its budget to the Board of Supervisors on June 1.   At this time, the Board of Supervisors is expected to consider the Commission’s budget on June 20 and 27.  I will be working closely with both the Mayor and the Board regarding the Commission’s budget.  On March 9, I testified before the Budget and Finance Committee regarding legislation to appropriate $1.3 million from the City’s General Fund to the Election Campaign Fund.

Two candidates have been certified as eligible to receive public funds.  The Commission has disbursed $50,000 to each of these two candidates.

a. Filing deadline.  The most recent filing deadline occurred on January 31, 2011 for the Second Semi-Annual statement, which covers through the reporting period ending December 31, 2010.  On February 24, 12 committees were sent a Second Non-Specific Written Notice and posted to the Commission’s Non-Responsive Filers List.  As of March 7, only four of these committees remain non-responsive.

The next filing deadline that applies to all committees falls on August 1, 2011 for the First Semi-Annual statement, which covers the reporting period ending June 30, 2011.  In the interim, staff continues to receive and process campaign statements for other filing deadlines.  Staff continues to answer questions from and conduct outreach to candidates and other committee representatives about campaign finance filing obligations.

On February 28, staff met with a delegation of 20 inspectors and officials from Zhengzhou City, China.  The group, which oversees anti-corruption programs, was in the City to discuss the Commission’s anti-bribery and ethics rules and investigations.

On March 4, staff met with a delegation of nine officials from Fujian Province, China, who were in the U.S. to participate in a three-week training program to learn about open government, transparency, and ways to prevent corruption. 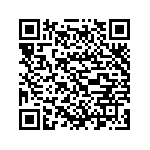 Scan the QR code with a mobile device camera to access the latest version of this document online:
https://sfethics.org/ethics/2011/03/executive-directors-report-march-14-2011.html